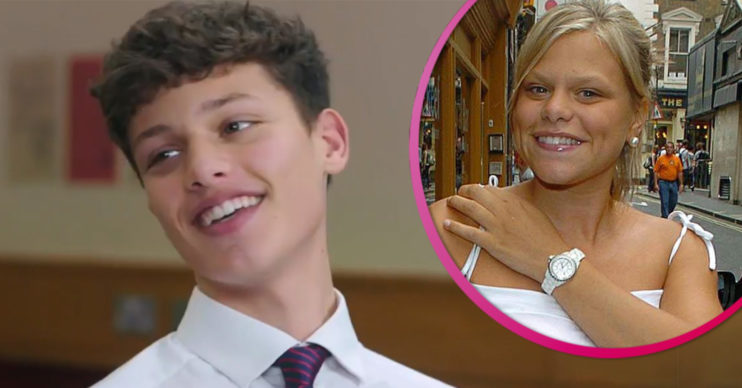 Jade Goody’s son Bobby Brazier reckons his mum would be proud of his career moves.

The 17-year-old hopes to be a top fashion model and reportedly signed up with a top agency last October.

Bobby – whose dad is TV presenter Jeff Brazier – has already modelled during the Milan and London fashion weeks.

And now Bobby is also starring on his first magazine cover, and he reckons his late mum would get a kick out of his work.

He was just five when she passed away in 2009 following a battle with cervical cancer.

Speaking to The Sun, Bobby said thinking about what his mum would make of it all makes him happy.

I hope she’s looking down on me and smiling.

“Like every boy, you want to think your mum would be proud of you,” Bobby told the tabloid.

He continued: “I hope she’s looking down on me and smiling, probably laughing, thinking, ‘Look at Bobby lying in a field in his designer gear’.

“I think she’d love the fact I’m doing these fashion shoots, walking catwalks and trying my best to make something of my life. It makes me smile just thinking about it.”

Bobby Brazier wants to make a name for himself

Bobby also revealed how he is determined to forge his way based on his own achievements, rather than his parents’ celebrity status.

He admitted people suggest he should follow in his mum’s footsteps and appear on reality TV.

But although Bobby doesn’t rule out showing up on the likes of Love Island, he’d prefer to ‘make a name for himself’ first.

He went on to joke he’d definitely be up for I’m A Celebrity a bit further down the road.

But his dream job would be as a Britain’s Got Talent judge – and reckons he could kick off with work behind the scenes.

Earlier this summer, Bobby demonstrated how his mother’s memory lives with him.

He marked her birthday in June with a loving social media tribute.

“Legends never die,” he continued, adding a heart emoji to his post.