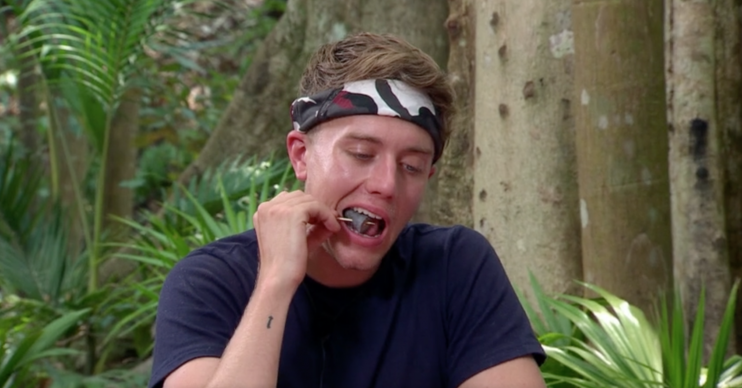 If you've ever wanted to take part in a trial, here's your chance!

Fans of I’m A Celebrity‘s gruesome Bushtucker Trials now have the chance to join in with perhaps the show’s most famous trial in the comfort of their own homes.

Yes, you can take part in the infamous eating trial, which Roman Kemp and Adele Roberts did earlier on in the current series.

However, just like the celebrities, you won’t be eating live bugs.

Instead they are freeze dried for your eating pleasure!

To win stars – and ultimately the game – players spin a spinner and have to eat whatever the arrow lands on.

Not bad to be honest, the aftertaste is vile but all good fun.

Treats include rice puffs and jelly beans – a play on the camp’s staple diet of rice and beans – while there’s also dried chillis.

The more stomach-churning options are mealworms, locusts and crickets.

Re-released for this year, the game has had a mixed reaction from players.

One said: “I have played this and the chillies are really hot in it and I must have eaten 20 of each of the bugs.”

Another added: “Not bad to be honest, the aftertaste is vile but all good fun.”

However, a third said: “I nearly bought it but my son asked for double dares and I didn’t fancy joining in!”

Will you be buying the game to play at home? Tell us on our Facebook page @EntertainmentDailyFix.