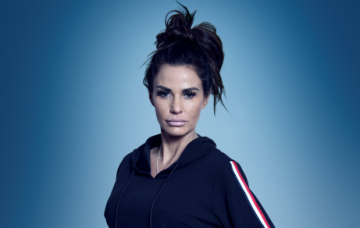 Katie Price has been blasted by fans on social media after sharing a new picture of herself posing alongside two of her children.

The former glamour model is seen posing on the bed in a styled shot with Princess and Junior, her children with first husband Peter Andre, either side.

But fans were shocked at the image she portrayed, with her legs apart and hips bent, as if she was on a sexy shoot.

Princess, 10, and Junior, 12, are smiling happily next to their mum, who has three other children.

But comments questioning her appearance in the family snap flooded in. 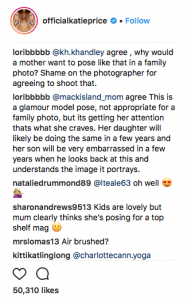 One wrote: “Why would a mother want to pose like that in a family photo? Shame on the photographer for agreeing to shoot that.”

While another said: “This is a glamour model pose, not appropriate for a family photo…”

Others were more positive, saying the picture was ‘beautiful’ and ‘stunning’.

She gave the cute snap a caption which read: “Nobody brings me happiness like you do. Happy Birthday Harvey.” 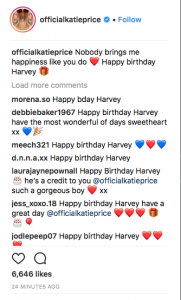 Katie’s other children are Jett, three, and Bunny, two, whose father is third husband Kieron Hayler.

What do you think of the snap? Leave us a comment on our Facebook page @EntertainmentDailyFix and let us know what you think!