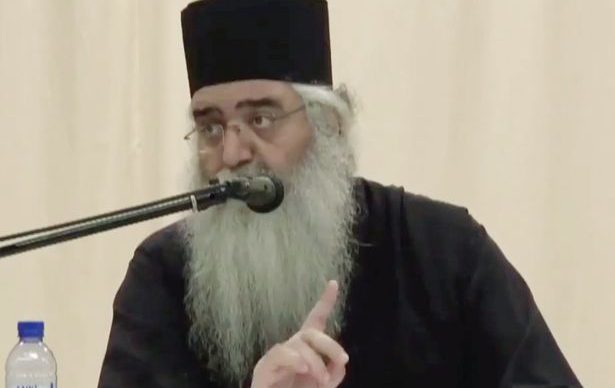 The bishop made the allegations at a primary school last month, saying the mother’s enjoyment of the act transfers to the foetus, making the child gay.

He is alleged to have said of his theory: “It happens during the parent’s intercourse or pregnancy.

“[Saint Porfyrios] says that when the woman likes that, a desire is born, and then the desire is passed on to the child.”

The Church of Cyprus bishop’s speech was made at a primary school in Akaki Nicosia District in the northwest of the island in June.

His words have been ridiculed across the world after going viral.

The video of the speech was shared on Cyprus’s Accept LGBTI’s page, with the caption: “How are lesbians created?”

However, the bishop insists he was just teaching the words of the Orthodox church.

Saint Porfyrios was only relatively recently canonised in 2013, having died in 1991.

He instructed gay people to stay single and to pray for their sexuality to ‘go away’.

What do you think of this story? Let us know what you think on our Facebook page Entertainment Daily.