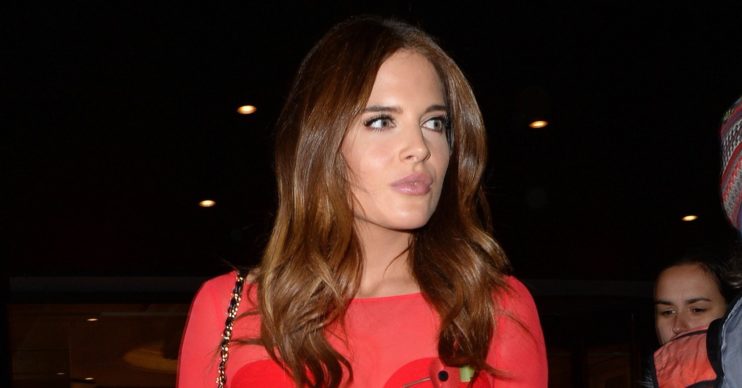 Binky Felstead reveals she suffered a miscarriage at 12 weeks

Binky Felstead has revealed she suffered a heartbreaking miscarriage earlier this year.

The Made In Chelsea star, 30, bravely opened up on her devastating loss on Instagram, telling followers doctors couldn’t find her baby’s heartbeat after experiencing bleeding at 12 weeks.

As part of Baby Loss Awareness Week, Binky shared her story to “pass on any warmth, comfort or help to anybody in the same position”.

What did Binky Felstead say?

She said: “Today would have been my 18 week mark, but sadly we had an early miscarriage just before 12 weeks. Not only was this heartbreaking for us, but it also came as such a shock to me.

“I hadn’t realised until then how blessed I was with having such a relatively straight forward pregnancy with India. I’ll admit I was naive enough to assume the next one would be as straightforward, but I had two early scans as I was concerned I was bleeding.

Not only was this heartbreaking for us, but it also came as such a shock to me

“They found a ‘very strong’ heartbeat. However, on the third scan I was told ‘I’m afraid there’s no heartbeat’.”

Binky added: “I was told by my doctor that 1 in 4 pregnancies miscarry (not that statistics make it any easier!) With 82% of my following being women.

“That means roughly 237,800 women ‘following’ me could (or have) experienced the same, which is just so sad.”

The reality star later told anyone else who has suffered to seek help from the Miscarriage Association.

Lydia Bright wrote: “I am so sorry to hear Binky. Sending you so much love.”

Mollie King added: “So sorry to hear this Binky. Thinking of you and sending you and Max lots of love.”

The reality star and Max announced their engagement last month after 19 months of dating.