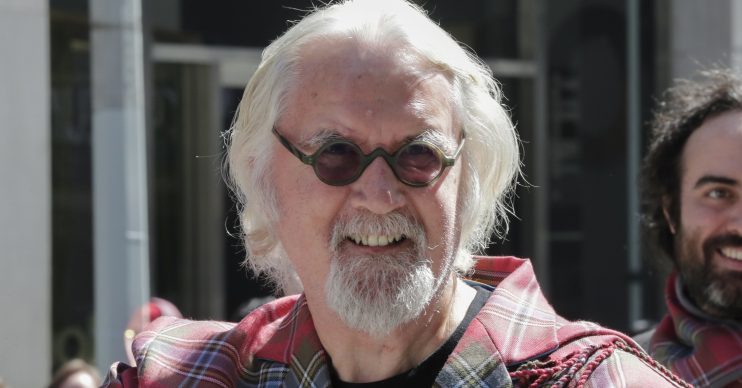 Star was diagnosed with Parkinson's disease in 2013

Sir Billy Connolly has announced that he won’t perform stand-up again, due to his battle with Parkinson’s disease.

The legendary comic, 77, revealed in 2013 that he’d been diagnosed with the illness, and retired from the stage in 2018.

And in a candid new interview, he admitted that he won’t be returning, as Parkinson’s has affected his brain, making it harder to do comedy routines.

The Glaswegian star began performing comedy in the early-Seventies, acquiring the nickname ‘the Big Yin’.

As well as performing regularly at the Edinburgh Fringe, he went on to have a successful film career, appearing in movies such as Pocahontas, Indecent Proposal and The Last Samurai.

It was lovely and it was lovely being good at it. It was the first thing I was ever good at, and I’m delighted and grateful to it.

And he’s also made a series of popular TV programmes focusing on his travels around the world.

But being diagnosed with Parkinson’s in 2013 was a game-changer for the Scot, and five years later he retired from the stage.

Now, he’s been forced to admit that he’s unlikely to ever return to the profession that made him famous.

He told Sky News: “The Parkinson’s has made my brain work differently, and you need to have a good brain for comedy.”

“It was lovely and it was lovely being good at it. It was the first thing I was ever good at, and I’m delighted and grateful to it.”

Billy, who revealed that he is currently taking six pills a day, is adamant that he’s not going to let his illness define him.

He continued: “I’m always being asked to go to Parkinson’s things and spend time with Parkinson’s people, having lunch or something like that. And I don’t approve of it.”

In October last year, Billy revealed that he and his wife, fellow comedian Pamela Stephenson, now sleep in separate beds.

He told the Mirror Online: “I sleep like a wild animal.

“Laughing and singing or having fights. Pamela has to sleep in another bed.”

But he praised his wife of 31 years for putting up with him, saying: “So far, she has never tutted. And she’s a rather attractive nurse.”