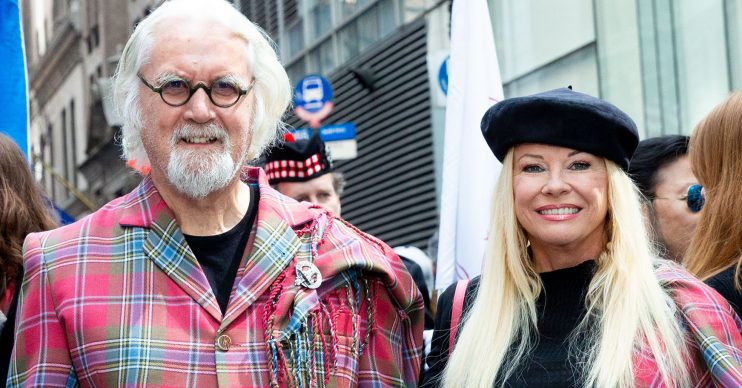 His Parkinson's makes it impossible

But now, Billy, 76, has revealed that he can no longer sleep together in same bed as his wife, Pamela Stephenson, because of his movements during the night.

Speaking to The Mirror, Billy said: “I sleep like a wild animal.

“Laughing and singing or having fights. Pamela has to sleep in another bed.

Paying tribute to psychologist and writer Pamela, 69, Billy went onto say:  “So far, she has never tutted. And she’s a rather attractive nurse.”

Earlier this year, Billy admitted on the BBC documentary programme Billy Connolly: Made In Scotland that he was “near the end”, although unafraid of death.

Despite his condition, Billy’s coming back to the small screen for a new travel series.

Billy retired from stand-up six years ago after he revealed his Parkinson’s Disease and prostate cancer diagnosis.

The Sun reported that Billy will be travelling around America for a three-part series for ITV called Billy Connolly’s Great American Trail.

A source said: “Billy admitted earlier this year that Parkinson’s was taking its toll and he could no longer cope with live performances.