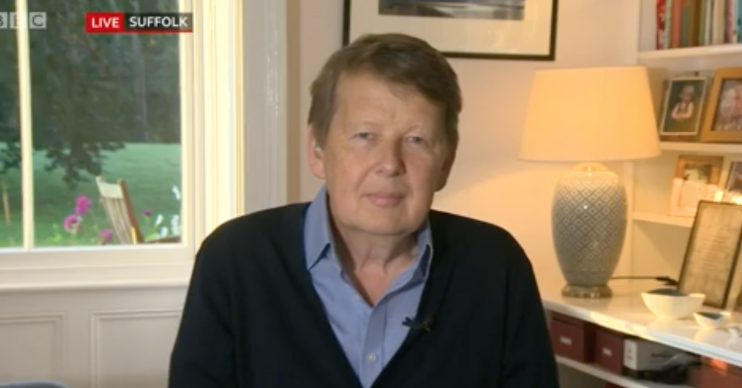 Bill Turnbull admits he still howls over his incurable cancer

Inflicting pain on his family troubles him most

Bill Turnbull admits there are some days when he “howls” over his incurable cancer.

The 64-year-old TV presenter was diagnosed with prostate cancer in 2017 with the disease spreading to his spine, ribs, pelvis, hips and legs and Bill admitted breaking the news to his family was tough.

He told the Daily Mail newspaper: “You’re inflicting pain on them. Personally I can deal with it but seeing them upset was horrible.

“Most of the time I’m fine, but every once in a while you have a dip. You have a really bad day and howl like a… I was going to say like a child, but it’s even worse than that.”

Bill praised his wife Sarah, who he calls Sesi, for being a strong support during his cancer battle.

He said: “If Sesi is there with me, it’s fine because I can lean on her. She helps me.

“I hate being on my own now. It gives you too much time to think and you can talk yourself into a dark place.

We go through it together. It has brought us even closer than before.

“I sometimes think, what must it be like for people who don’t have anybody in their life who get diagnosed with cancer?

“If you have somebody else with you, particularly someone who loves you truly, madly, deeply, with whom you’ve been for more than 30 years, you can laugh and cry with them. They distract you in many ways. If you have nobody, that’s pretty tough.

“We go through it together. It has brought us even closer than before. We laugh a lot, most of the time. And work is also a distraction.”

Bill was reunited with his former BBC Breakfast co-star Susanna Reid this week as he covered for Good Morning Britain’s Piers Morgan.

He caused chaos after losing his earpiece, resulting in the entire crew frantically hunting for it!

Susanna told viewers: “You know that they call Wednesday hump day. Bill is really having one of those Wednesdays.”

Bill added: “My earpiece popped out in the break and we can’t find it anywhere. So the entire team – thousands of people who work in the studio…”