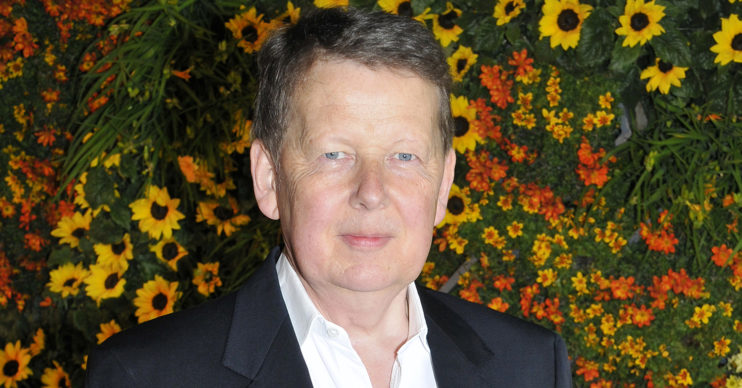 Bill Turnbull was diagnosed with terminal cancer in 2017

Broadcaster Bill Turnbull has bravely opened up about his terminal cancer diagnosis.

The television and radio veteran, 64, says he feels “very, very” calm about the inevitability of death.

“I feel very, very calm about it because I’ve given it a lot of thought,” Bill told The Mirror.

He added that he has come to terms that the grim reaper is “waiting”.

“I’ve developed quite a healthy relationship with death.”

The dad-of-three was diagnosed with incurable prostate cancer three years ago.

He has been through various rounds of chemotherapy and radiotherapy.

Last year he revealed that the cancer has spread to his bones.

He has also tried an alternative diet and has cut back on dairy and meat products.

Speaking to The Mirror last year, he said: “I feel pretty good. Cancer, the way it works is, you can feel well for long periods of time and then it can come back and has another go at you.

“I’m at one of those phases where I feel all right. I get my blood figures every month and they’re mostly OK.”

In an emotional interview with Radio Times in 2018 he first told of his cancer diagnosis.

He admitted that he had stopped getting regular prostate checks past his 50s – despite feeling aches and pains.

He told the magazine: “Maybe if I’d got it earlier and stopped it at the prostate, I’d be in a much better state.”

Emphasising the importance of positivity, he stressed that he has few regrets in life.

Bill added: “You have to be positive, don’t you?

“Most importantly, I really do think I’ve had a wonderful life, with amazing experiences as a reporter and a presenter.”

The broadcaster retired from BBC Breakfast in February 2016.

However, his career is far from over.

Since his BBC retirement, he has gone on to present his popular radio show on Classic FM.

He has also guest presented on The One Show and Good Morning Britain with Susanna Reid.

A health and wellness advocate, he co-presented the series Holding Back the Years in 2017.

What do you make of Bill’s words? Share your thoughts with us on our Facebook page @EntertainmentDailyUK.