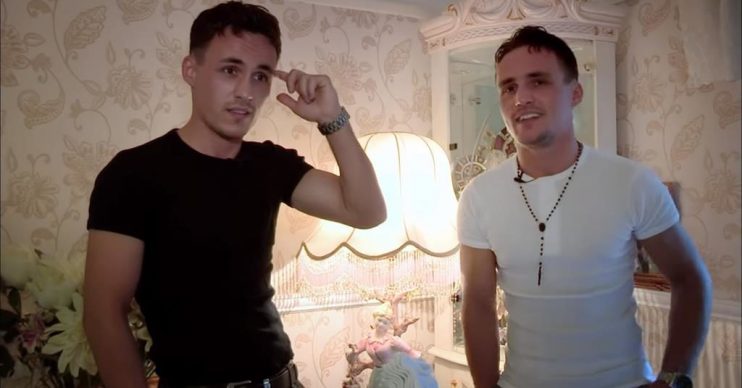 Tragic twins Billy and Joe Smith – who featured in Channel 4’s My Big Fat Gypsy Wedding – left instructions where their bodies were to be found, a report has claimed.

According to KentLive, their grandmother Phoebe Smith is reported to have revealed the late 32-year-old brothers left a note on her doorstep that led her and their uncle Phinemore to the country lane where they are believed to have been discovered after taking their own lives.

She also sadly recalled how her son thought the tree surgeon siblings were joking about when they were found next to each other at the remote woodland spot on the outskirts of Sevenoaks in a suspected ‘pact’.

The letter reportedly described an area about a mile away from her home where the two men had played with friends as children.

Chillingly, Phoebe added her son described the grim discovery of their bodies as a “nightmare”.

She continued: “He thought they were playing. He said, ‘Come on boys, don’t mess about’ – because that’s what they do. ‘Don’t mess about,’ he said.

I knew they were gone.

“He said, ‘they never answered’. I knew they were gone. He doesn’t like talking about it. He can’t get over it.

“When he saw them, he walked back to the motor with me. I could see his mouth and it looked like he couldn’t swallow and I said, ‘They’re gone aren’t they?'”

Read more: Kym Marsh says she will be “very glad” when The Masked Singer is finished

Phoebe – who says she raised both Billy and Joe for much of their lives – also added the pain she felt after the confirmation of the deaths was “indescribable” and left her head feeling like ‘a maze’.

However, she does not believe either of her grandsons was depressed and revealed Joey had recently been given the all clear by doctors after battling cancer.

He posted on Facebook: “RIP PLEASE PRAY FOR THESE TWO DEAR SOULS God rest rest them in peace.”

An inquest into the twins’ death is due to be held in Maidstone on March 31.

They had appeared in the third series of the popular Channel 4 reality series which first aired in 2010.

Their scenes included a gardening shift, discussing their traveller lifestyle and also enjoying a holiday in Tenerife before they got married.