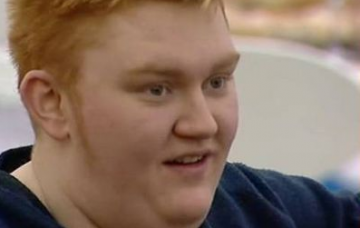 John won the Celebrity Hijack spin-off a decade ago

Big Brother winner John Loughton’s brother stands accused of murder after his youngest sibling was found dead after an incident at a property in Edinburgh.

Roddy Loughton, 26, was pronounced dead at the scene and his older brother, Steven, 29 has appeared in court charged with his murder.

John, who scooped £50,0000 prize when he won the spin-off version of the reality show Big Brother: Celebrity Hijack a decade ago, released a statement with the rest of his family, including mum Donna McColl stating Roddy, a father of two, was a “loving dad, son and brother who had a sensitive soul, great sense of humour and adored his kids”.

They added that they were “shocked and devastated beyond words” by his death.

A statement released to the Daily Record read: “We want to thank all the family, friends and local community for their well wishes and support.

“We would request and appreciate people respect our desire for privacy at this very difficult times as we come to terms with our loss.”

John, who now works as a youth campaigner and activist, was 20 when he entered the Big Brother house and was at university studying Sociology and Politics as well as being the Scottish Youth Parliament chairman.

Roddy’s devastated friends took to social media to share their loss with one writing: “Roddy was a nice guy. He had two week girls and adored them.

“He was a really funny guy to be around. It’s such a shame and such tragic circumstances.”

Another added: “I honestly can’t believe it can’t get my head around it. In total shock.”

He made no plea or declaration and was remanded in custody.

Leave us a comment on our Facebook page @EntertainmentDailyFix and let us know what you think of our news.