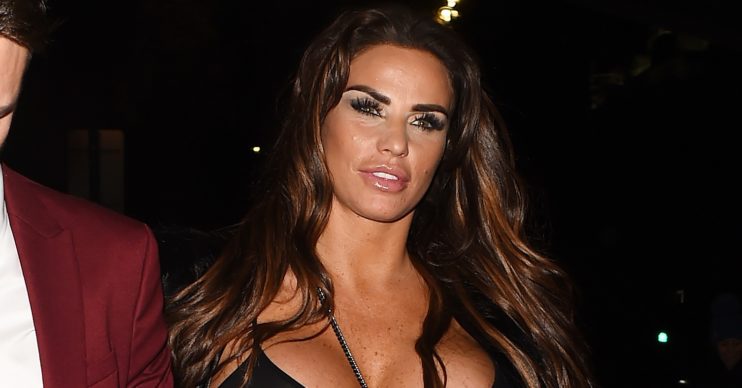 Former glamour model Katie Price has reportedly been left stunned after finding out that Bianca Gascoigne has blocked her on social media.

Apparently things took a turn for the worse when the mum-of-five reached out to Bianca to get the story straight regarding how she had come to start dating her ex-boyfriend, Kris Boyson.

Kris has since moved on with Bianca, 33, with the pair even locking down together during Covid-19.

However, it came as a surprise to Katie, who claimed Kris suggested they reignite their romance just days before he was spotted with Bianca.

Katie’s spokesperson said that the star had decided to be the bigger person and reach out, only to find her messages were rejected.

“I can confirm that Katie has tried to contact Bianca – to offer an olive branch, clear the air but found her number to be blocked,” they told The Sun.

“She was also saddened to read that Bianca’s rep claims they had never been friends.”

She told New magazine recently: “The last time I saw Kris, and I’ve got the Priory badge to prove it, was on 29 February.

“I found out three days later he was at an event with Bianca in Essex and he’s been with her since.

“He told me he wasn’t seeing anyone and was single – we’d talked about getting married, babies, starting again.

Read more: Holly Willoughby admits she was ’emotional’ sending kids back to school

“In my opinion, these were false promises. He’s been calling my close friends… there are a lot of mixed messages.”

Katie admitted she’s definitely holding a grudge over the situation, and said she felt like she had been “played with”.

“When I saw him, I thought, ‘You’re still this angry, nasty person.’ I’m done with that now.

I feel all along he’s been playing with my emotions,” she added.

It’s not all doom and gloom with Katie’s exes, however.

She recently revealed that she gets on so well with her ex-husband Peter Andre now that they engage in some cheeky banter.

Sharing two children together, Junior, 15, and Princess, 12, they are currently on good terms.

However, she hits back by saying he’s getting “old”.

She told the celebrity news mag she says to him: “You were with me for six years, Pete! You know what I’m like – you were actually the same. You’re nuts as well.”