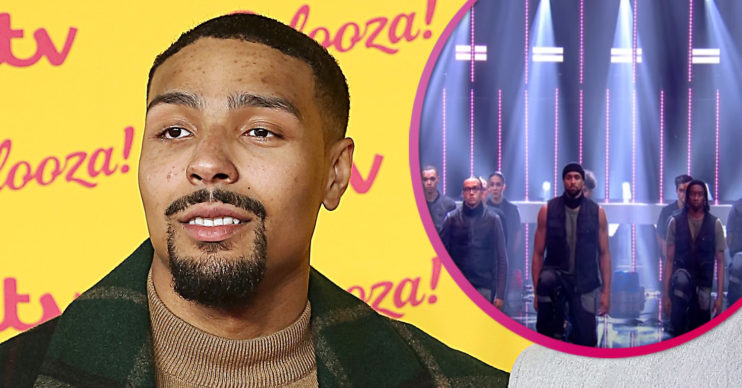 BGT star Jordan Banjo teared up over the backlash Diversity has faced since appearing on the show.

The 27-year-old paid tribute to the Black Lives Matter movement during the group’s moving performance, which saw a police officer kneeling on his older brother Ashley.

What did Jordan Banjo say?

Perri said: “On Saturday we performed with Diversity on Britain’s Got Talent.

“Our performance covered the events of this year and the appalling messages that need to be spoken about.

“It’s something close to our hearts. We’ve never ever had a response like this.”

Jordan added: “Of course you get some critiques but normally it’s focused on the dance.

“But this one was different, it was really important, it was special to us.

This one was different, it was really important, it was special to us.

“But we also got bombarded with messages and articles of horrible stuff about us, about our families, about how even now Diversity not diverse enough because there’s only five white people in it.”

The dad-of-two struggled to hide his emotions, and was later forced to cut the piece short.

He went on: “I can’t speak for anyone else it’s sad, it’s sad, genuinely.

“I feel really anxious and worried saying something like black lives matter when that’s all we want man, love and positivity.

“No one is saying only black lives matter, as a son and as a dad, I look at Pel and I just.. it’s all positivity and love, let’s keep it moving.”