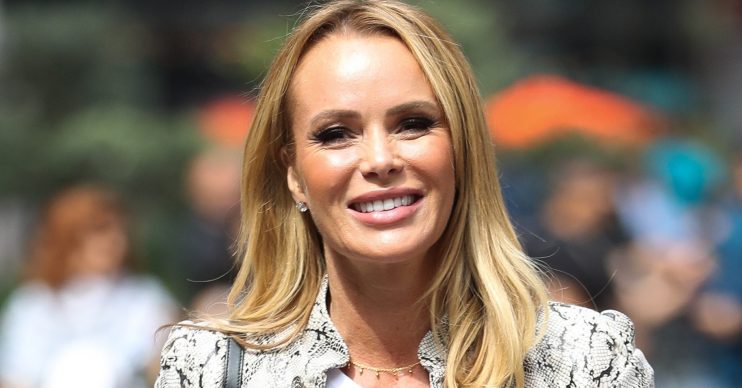 She had a dodgy tummy, to be fair

Amanda Holden has confessed that she once got so drunk she pooed her pants.

The TV presenter and Britain’s Got Talent judge, 48, offers the shock confession during an upcoming episode of Shopping With Keith Lemon.

In the latest installment in the series, host Keith asks as they browse the wine aisle at a supermarket: “Have you ever got so drunk you’ve crapped your pants?”

Amanda replies: “Erm, yes, yes I have. I pooed myself. But I did have a funny tummy. But I did walk home and it felt like I had a small [bleep] in my pants. Like a warm, pooey [bleep].

“And then my then-boyfriend – this is how much he loved me – went home and he rinsed my knickers. That’s love, isn’t it? That’s deep love.”

The mum-of-two has previously admitted to being a bit of a lightweight when it comes to booze.

Speaking in 2015, after enjoying a few drinks at GMB host Piers Morgan‘s 50th birthday celebrations, she revealed that she “barely drinks” as she doesn’t “handle booze very well” because of her “petite” five foot five inch frame.

She said she’s normally “gone” after “two or three drinks”.

Amanda is married to record producer Chris Hughes and they have two daughters together – Alexa, 13, and Hollie, seven.

Earlier this week, she revealed that Chris’ life was saved by a Hollywood actor during a frightening choking episode.

Amanda was speaking on her Heart Breakfast radio show with co-host Jamie Theakston when the conversation turned to US actor Thomas Haden Church.

Amanda said the actor is “the saver of my husband’s life” and explained: “We were on holiday in America and Chris had to have a lunch with an American comedian and I was back at the hotel with the kids.

“He was eating pasta, he got a bit lodged in his throat, thought, oh, well okay, I’ll have a bit of Diet Coke or whatever to swish it down.

“It expanded and he was doing that British thing of carrying on making eye contact with this American comedian. And he completely went blue, could not breathe, and out of nowhere this man [Thomas Haden Church] came and did the Heimlich manoeuvre on him.

“He threw up all over the table.”