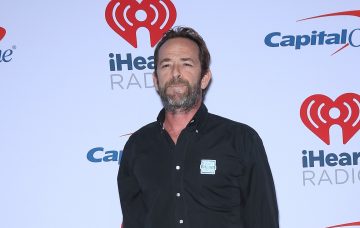 He was rushed to hospital after the medical emergency

Beverly Hills 90210 actor Luke Perry has been hospitalised after suffering a massive stroke, according to reports.

The 52-year-old actor had the attack at his Los Angeles home on Wednesday (27 February).

Paramedics were called to his house in Sherman Oaks in California at around 9.40am.

US website TMZ broke the news of the actor’s medical emergency.

Luke is currently starring in US drama Riverdale, playing the role of Frank Andrews.

But he is best known for the character of Dylan McKay in hit nineties show Beverly Hills 90210.

He was a huge heartthrob when he played Dylan from 1990 to 1995, and again between 1998 and 2000.
Fans have now been sending their well wishes to the star.
One tweeted: “Prayers and healing light to #LukePerry So young <3.”

Another added: “Keeping #LukePerry in my thoughts right now! Had a huge crush on him as a youngster! Don’t let him leave not now, Luke Perry is a legend! 🙏.”

Prayers and healing light to #LukePerry So young <3

Keeping #LukePerry in my thoughts right now! Had a huge crush on him as a youngster! Don’t let him leave not now, Luke Perry is a legend! 🙏 pic.twitter.com/gyyr0xfjKb

The actor also had a role in the film version of Buffy The Vampire Slayer in 1992.

Luke has two children, Jack and Sophie, with his ex-wife Rachel Sharp, who he separated from in 2003.