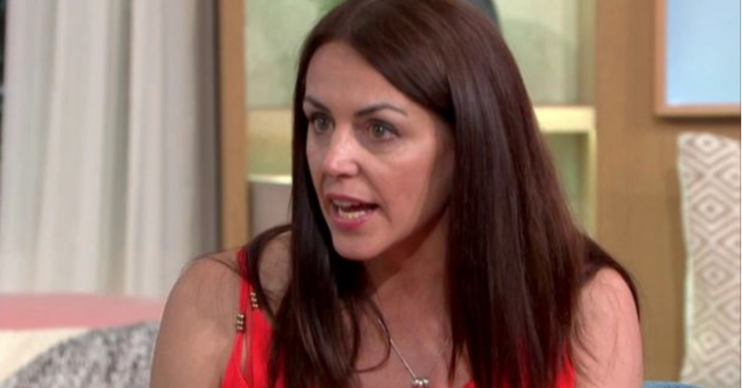 Who is This Morning guest Beverley Turner and why has she caused controversy?

Beverley Turner has been the name on everyone’s lips this week, after her clash with This Morning host Dermot O’Leary over the COVID-19 vaccine.

But where else have you seen her? Read on…

Who is Beverley Turner?

Beverley Turner is a TV and radio presenter.

Born in Lancashire, she has a first-class English Literature degree from the University of Manchester to her name.

Since then, she’s gone on to have an illustrious career fronting a variety of shows, from Sky’s most profitable show, Taste, to Homes Live on BBC2 alongside WatchDog’s Matt Allwright.

The 47-year-old has built up a strong female following, in particular, having used her platform to champion women’s issues.

Beverley’s got a knack for sports coverage too, providing commentary for the Tour de France and the US Basketball League over the years, often being one of the only women on hand to do so.

She broke away from ITV’s Formula One racing coverage in 2004 when she released her landmark book, The Pits: The Real World of Formula 1, which documented the sexism present in the sport.

And while she was a guest on This Morning sofa this week, she’s been on the other side of the sofa in her time – she was the show’s entertainment segment presenter from 2002.

Beverley isn’t the only one in her immediate family with strong links to the television world – one of her brothers, Cal Turner, is notably the executive producer of The Apprentice.

Why did Beverley Turner ruffle feathers on This Morning?

Her views during an appearance on the show this week riled the usually mild-mannered Dermot O’Leary.

A believer of herd immunity, Beverley insisted to an exasperated Dermot that young people were better off rejecting the COVID-19 vaccine over fears of the lack of  “long-term data”.

“The finest minds of science have, in an extraordinarily short amount of time, come up with this vaccine. It’s proven it’s working, statistically. Why are you so cynical?” he shot back.

There are now reports – unsubstantiated by ITV – that she has been banned from This Morning following her views.

What else has she done?

Beverley’s name hasn’t been without controversy in recent months.

She was blocked in February by Piers Morgan after announcing she wouldn’t be clapping for Captain Tom Moore.

And in March, the other half of Dermot’s This Morning pairing, Alison Hammond, was almost ‘scared’ off set while Beverley launched into a rant about COVID-19 vaccine passports.

“It ends with a little tiny microchip in our hands so that it’s easier to get in the pub,” she claimed.

Beverley went public with her romance with eco-house developer James Pritchitt early last year, having separated from husband James Cracknell back in 2019.

At the time of her split from James, Beverley criticised her ex’s choice of putting career goals before family to attain success.

She and the double Olympic gold medallist rower were married for 17 years.

The pair even teamed up professionally in 2012 to co-publish Touching Distance, a book that documented James’ recovery from a personality-altering traumatic brain injury.

Together, they have a son and two daughters.