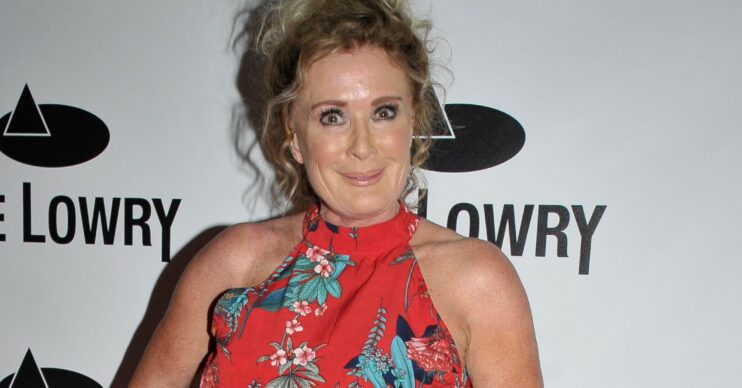 Beverley is bursting with pride!

Beverley Callard has shared cute photos as she revealed she’s welcomed a granddaughter.

The Coronation Street legend, 64, announced the happy news to Instagram on Wednesday and revealed the newborn’s sweet name.

Beverley and her husband Jon were seen gazing lovingly at the little girl in the adorable family pictures.

Alongside the images, I’m A Celebrity star Beverley said: “Welcome to the world our baby granddaughter Luna Louise.”

Fans gushed over the news as one person said: “What a beautiful name. Congratulations grandchildren are wonderful.”

In addition, another wrote: “Congratulations to you all.”

After that, a third commented: “Lovely photo what a lovely name.”

Meanwhile, Beverley is already a grandmother to Noah – who was born in 2018.

Welcome to the world our Baby Granddaughter Luna Louise.

Luna and Noah are the children of Jon’s daughter and Beverley’s step-daughter, Danielle.

Beverley also has grandchildren Sonny, 15, and George, 13, who are the children of her daughter Rebecca.

However, they renewed their vows in Spain after Jon proposed again following Beverley’s stint on I’m A Celebrity.

In June, Beverley had told OK! Magazine: “We both want to renew our wedding vows. When I came out of the castle, I looked a disaster and Jon was waiting for me at the hotel.”

Meanwhile, in August 2021, Beverley added to the publication: “We had the best time. It truly surpassed our dreams. It was the perfect day.

“People keep telling us it was the best party they’d ever been to.”

Beverley spent time away from Jon last year after entering the I’m A Celebrity castle.

She became the third celebrity to leave.