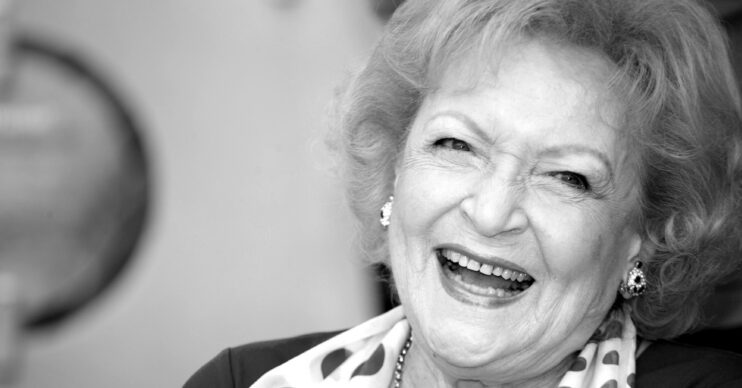 News breaking from the US

Golden Girls legend Betty White has died age the age of 99, it has been reported by US website TMZ.

The beloved actress, known as America’s Grandmother, will be remembered for her immeasurable career spanning more than 90 years.

Born January 17th, 1922, Betty made her career debut at the age of eight, performing on the radio programme Empire Builders.

With a love of the arts firmly established, she remained in Hollywood ever since, becoming a pioneer both on and off camera.

She is the first woman in history to produce a sitcom and holds the Guinness World Record for the longest television career of all time.

The only time she stopped performing was during World War II, where she signed up to the American Women’s Voluntary Services to help the troops.

She has a star on the Hollywood Walk Of Fame, next to her husband Allen Ludden, who she says was the love of her life.

Discussing her life, Betty said: “I have no regrets at all. None. I consider myself to be the luckiest old broad on two feet.”

The actress was also known for her killer sense of humour, claiming she was a ‘teenager in an old person’s body’. In 2018, she credited her youthful outlook on life to ‘vodka and hotdogs, probably in that order’.

What are Betty’s most notable roles?

Betty’s career contains a number of defining roles on television and in particular, the comedy circuit.

From 1973 to 1977, she played Sue Ann Nivens in The Mary Tyler Moore Show. Seven years later, she became one of The Golden Girls, portraying Rose Nylund in the sitcom from 1985 to 1992.

Most recently, she starred in Hot in Cleveland and Elka Ostrovsky, appearing from 2010 to 2015.

She often accepted roles of an elderly lady with a wicked dry wit, something that she became beloved for.

This was most present in her portrayal of Ryan Reynolds’ grandmother in 2009 rom-com The Proposal. In this movie, she was seen twerking with Sandra Bullock.

She also tackled football players for the sake of a Snickers ad for the Super Bowl, knocking men over twice her size in 2010.

Other roles include: That 70s Show, Boston Legal, The Bold and The Beautiful, and Toy Story 4.

Was Betty White married and did she have children?

Betty White was married three times. Firstly, her marriage to US Air Forces pilot Dick Barker, whom she wed and divorced in 1945.

She tied the knot with Lane Allen, a Hollywood talent agent, in 1947, but they divorced in 1949 when Betty refused to give up her career in order to become a homemaker.

Finally, she married TV host Allen Ludden in 1963. He was best known for the game show Password.

The pair remained together happily until his death from stomach cancer in 1981. After that, Betty said she had no intention to marry again, saying that she had already had ‘the best’.

While she had no children of her own, Betty is stepmother to Allen’s three children – son David, and daughters Martha and Sarah.