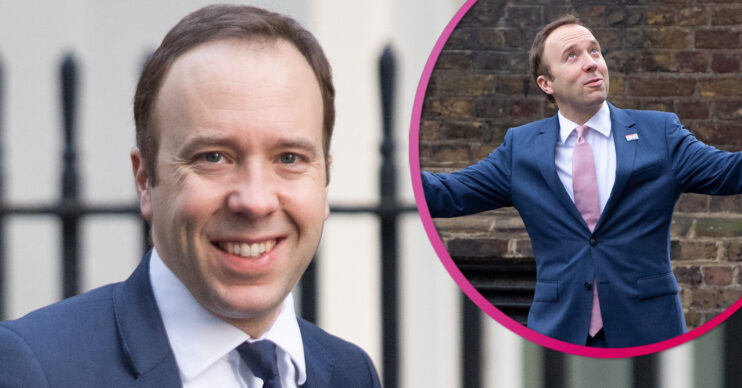 The memes have taken social media by storm

Matt Hancock ‘affair’ memes are continuing to take social media by storm in the wake of his kissing scandal.

The now former Health Secretary was pictured on CCTV sharing a steamy kiss with one of his advisors, Gina Coladangelo.

He apologised for the incident and quit as Boris Johnson’s Health Secretary last night (June 26).

As well as the image, a video of the encounter has emerged and people on social media have wasted no time in creating hilarious memes of it.

Here’s some of our favourite ones.

The first which has circulated on Twitter shows the video with audio of comedy character Alan Partridge talking over the top.

As Hancock and Coladangelo are kissing in the footage, the audio of Alan says: “Do you like me doing that? Shall I do it more quickly or shall I maintain the same speed.

“Right, shall I move onto the other one?”

Just when I thought it couldn’t get any better. Someone had put Alan Partridge over it. We have a winner @MattHancock #matthanock pic.twitter.com/nkW9kcp7QK

“Oh there you go, it’s all happening. Do you mind if I talk?”

Somebody had added audio over the top which says: “Yeah, yeah, you silly goose, you so silly.”

Here’s some more of our favourite memes.

the matt hancock video but it’s the end of a big brother episode in 2004 pic.twitter.com/ohm5c5kNAF

Matt Hancock after the first wave of memes pic.twitter.com/b5qqsU3j4w

What did Matt Hancock say about his resignation?

In a letter to Prime Minister Boris Johnson, Hancock said: “The last thing I would want is for my private life to distract attention from the single-minded focus that is leading us out of this crisis.

“I want to reiterate my apology for breaking the guidance, and apologise to my family and loved ones for putting them through this.

“I also need to be with my children at this time.”

Who is Matt Hancock’s wife?

Hancock has been married to his wife Martha for 15 years. They have three children.

According to reports, Hancock told his wife of the affair and that he was leaving her on Thursday (June 24).

Martha was recently seen out and about and still wearing her wedding ring.