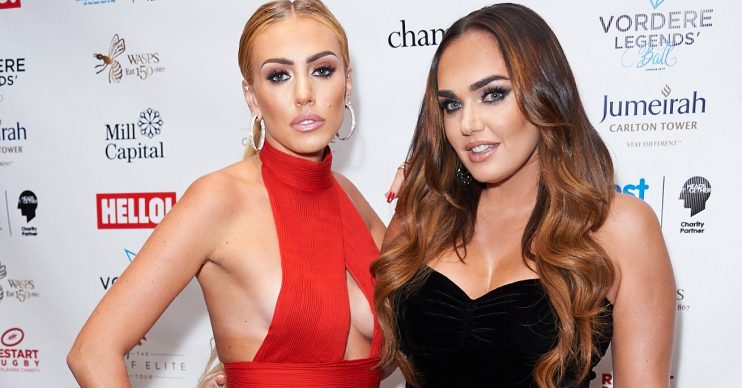 The girls have congratulated Bernie, 89, and third wife Fabiana, 44

Bernie Ecclestone announced yesterday that he is to be a father for a fourth time at the age of 89.

His daughters Tamara and Petra initially remained quiet on the news, however, have now publicly congratulated him.

A post shared by Petra Ecclestone (@petraecclestoneofficial) on Feb 23, 2020 at 1:06pm PST

Read more: Bernie Ecclestone is set to become a father for a fourth time – at the age of 89

Former Formula One boss Bernie and third wife Fabiana Flossi, who is 45 years his junior, are expecting a baby in this summer.

Tamara, 35, and Petra, 31, his daughters from his second marriage to Slavica Radic, have said they’re “thrilled” by the news.

A spokesman for Tamara told Metro.co.uk: “Tamara is absolutely thrilled for them both.”

Similarly, representative for Petra added that the sisters were “delighted by the news and very happy for them”.

German newspapers started reporting the baby news this week. Bernie told Swiss newspaper Blick: “Yes, it is due in the summer.

Fabiana added: “Like all parents we have only one wish: the child must be born healthy.”

However, Tamara and Petra both skipped Bernie and Fabiana’s Switzerland wedding in 2012, opting to stay at home in LA to show their support for their mother instead.

Speaking at the time, Tamara claimed she only found out about her father and Fabiana’s engagement online.

“I was quite surprised. He’s usually such a rational person and this seems like such an irrational thing to do,” she said.

“My first thought was for my mum. She wouldn’t have known and she hasn’t dated since the divorce.”

In addition, she said: “If I was my dad I would have thought, ‘OK, been there, done it, got the T-shirt. I’ve met someone, I’ll just live with them’.”

Petra also revealed she wasn’t very happy with her father’s wedding news, admitting that she gave Fabiana ‘a hard time’.

“In the beginning, I wasn’t her biggest fan,” Petra said, speaking in 2017 about her father and Fabiana’s nuptials.

She added: “I gave her quite a hard time. And that was unfair of me.”

Fabiana last posted a picture of herself and Bernie on Instagram for Valentine’s Day, writing: “Happy Valentine’s Day. Our love is bigger and bigger every day. Love you.”

A post shared by Tamara Ecclestone Rutland (@tamaraecclestoneofficial) on Feb 23, 2020 at 11:23am PST

Petra is due to give birth to her first child with fiance Sam Palmer in a matter of weeks.