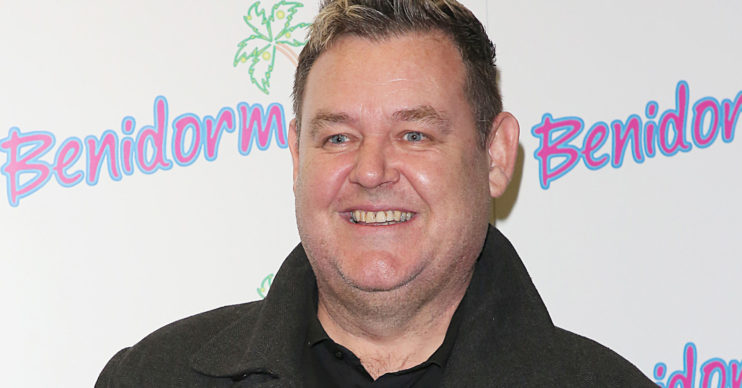 Actor Tony Maudsley has celebrated Father’s Day by sharing his appreciation for his beloved dad on social media.

The star, who famously played Kenneth du Beke in ITV comedy Benidorm, took to Twitter to share a sweet picture of himself with his elderly father.

Happy Father’s Day to all Dads out there!! Here’s me & mine! x pic.twitter.com/QAYSJQhnZJ

Meanwhile, a second responded: “Love this! How cute is he!”

It comes following news that Tony will be appearing on Coronation Street.

However, sadly for the star, his debut has been postponed due to coronavirus lockdown, but bosses are said to be “really excited” about his casting.

Tony confirmed the news on Twitter last month, writing: “I’m chuffed to be staying at my @itv home and heading to Weatherfield and I for one, couldn’t be happier.

Tony’s casting comes after he previously appeared in the play, Our Lady of Blundellsands. The show was written by Coronation Street writer Jonathan Harvey, alongside former EastEnders actress Annette Badland.

He has also appeared in TV series Ordinary Lies, The Job Lot and Blandings.

If you’re struggling to remember a time when life was fun…let’s help you with that. If there was ever a time for a bit of BENIDORM, it’s now! Good move @itv. Come and join us tonight at 9pm for some laughter medicine, sunshine and a Witch’s Tit. We’ve missed you too! 🌴☀️🍸💃🏽❤️ pic.twitter.com/7pRuLTpZom

Even though he’s got a brand new job, Tony could also be set to head back to Benidorm, if fans of the show get their way.

Earlier this year, viewers were petitioning ITV to recommission the series after it was axed back in 2018.