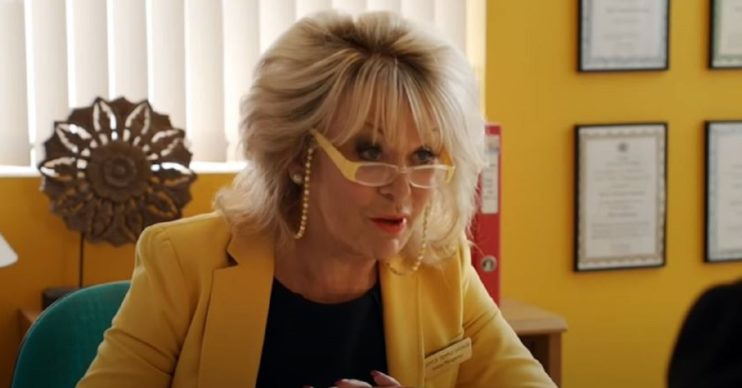 Fans of hit comedy show Benidorm desperate for more episodes have launched a petition in the hope of getting ITV to do a new series.

The programme, which returns to screens tonight as a repeat, originally aired across 10 series between 2007 and 2018.

Set at the Solana Resort in Benidorm, the show follows the lives of the holidaymakers who come to the hotspot and the staff who work there.

Now, fans are flocking to sign their names to a petition on Change.org aimed at getting show bosses to do an 11th series.

It reads: “Benidorm was a British Sitcom written and created by Derren Litten and produced by Tiger Aspect for ITV. It aired for 10 series between Feb 1 2007 until May 2 2018. The programme won two NTAs and received nominations at the British Comedy Awards and BAFTAs.

“On July 5 2018, series creator Derren Litten confirmed that series 10 would be its last.

“The last series was attracting viewing figures of 4.98 million which, for a midweek show, is pretty reasonable. Compare this to Simon Cowell’s X Factor, which last year was attracting 2.75 million on a Saturday night. This year, Cowell and ITV decided to rest the show. However, ITV want to bring it back in 2021?”

It goes on to say that Benidorm came to an end “prematurely” and point out that fans still have a “huge appetite” for new episodes.

“Benidorm ended prematurely, still on a high,” it continues. “And there is still a huge appetite out their for more.”

The description concludes: “I urge all fans of Benidorm to sign this petition to get a new series back on our screens.”

What are Benidorm fans saying?

In the petition page’s comments section, one fan wrote: “We need some laughter at this time, bring it back please.”

“I love this show,” said another. “All ages love it. Comedy, sunshine and great writing. Never get bored of it. Would love more.”

Still potential for it.

“I love the TV show and think there is still potential for it,” argued a third.

Actor Tony Maudsley – who played salon manager Kenneth Du Beke – tweeted about the repeats and urged those struggling to “remember a time when life was fun” to tune in.

He wrote on Twitter: “If you’re struggling to remember a time when life was fun…let’s help you with that. If there was ever a time for a bit of BENIDORM, it’s now! Good move @itv.”

‘If there was ever a time for a bit of Benidorm’

Tony’s followers repeated calls for ITV to bring the show back.

One said: “@ITV should recommission this excellent show @BenidormTVshow.”

A third wrote: “I miss this show sooo much. If only it could be brought back… That is exactly what we need right now, to put a smile on everybody’s face. I’ll definitely be tuning in @TonyMaudsley1.”

“I’m still shocked that ITV ever axed the series,” someone else said. “What other British comedy was pulling in 5 million-plus per episode in 2018?”

I miss this show sooo much 😔 if only it could be brought back…That is exactly what we need right now to put a smile on everybody’s face.
I’ll definitely be tuning in @TonyMaudsley1 👍

About time ITV aired #Benidorm on the main station. I'm still shocked that itv ever axed the series. What other British comedy was pulling in 5m+ per EP in 2018? If the repeated figures a fantastic, I wonder if @ITV, @DerrenLitten and @TigerAspectUK will agree a new series?

– Benidorm is airing on ITV every Wednesday at 9pm

Are you hoping for a new series? Leave us a comment on our Facebook page @EntertainmentDailyFix and let us know.