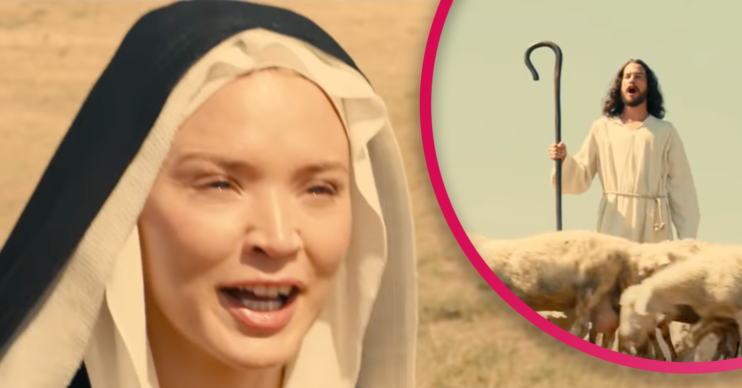 It's out on Good Friday…

An Irish Catholic group wants to ban Benedetta, a film which features a lesbian nun.

Benedetta is directed by Basic Instinct’s Paul Verhoeven and is due to be released on Good Friday.

However, no one will be watching it if the Irish Society for Christian Civilisation (ISFCC) has anything to do with it.

What is the film Benedetta about?

Benedetta tells the story story of real-life 17th-century woman. She embarks on an affair with another nun in her convent, before their romance is discovered by the church.

However, it’s the nun’s ‘shocking visions’ including a stigmata scene which are said to really divide opinion.

The film is based on the real-life Benedetta Carlini, a nun thrown into prison for her sexual relationship with another sister.

Verhoeven is said to have filmed the script around the 1986 book Immodest Acts: The Life of a Lesbian Nun in Renaissance Italy.

Why do Catholics want Benedetta banned?

They believe the film offends God.

Its content coupled with the date of its debut is proving to cause quite a stir.

As a result, the group has set up a petition asking for people to demand the film is pulled.

It horribly insults Our Lady and her Son.

They called Benedetta, which stars Virginie Efira, a “smart smut attack on the Holy Catholic Church”.

The petition then suggests the film is “highly touted, blasphemous and impure”, branding it “a shocking attack on Good Friday… which horribly insults Our Lady and her Son”.

What have critics said about the film?

The film, which also stars Charlotte Rampling, has received a mixed bag of reviews.

The Guardian thought it was “chaste” and not all shocking, but did enjoy the nun’s hallucinatory snake scene.

While the Independent gave it four stars and didn’t think it was an anti-faith film at all.

The American Society for the Defense of Tradition, Family and Property condemned the film. It called it “pornographc filth” and protested its early screenings.

But according to the Independent, the sex scenes are “tastefully muted”. It’s said they feel more like a “giddy exploration” than anything lurid.

Benedetta hits cinemas in the UK and Ireland on Friday April 15.

Will you go and see it? Leave us a comment on our Facebook page @EntertainmentDailyFix and let us know what you think of this story.