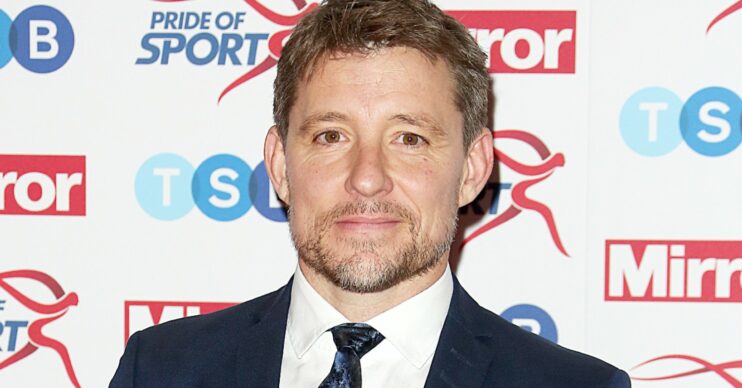 Ben Shephard is preparing to have a leg operation and has updated fans from his hospital bed.

But now it seems Ben is about to get things fixed.

What operation is Ben Shephard getting done?

In June (2021), Ben told fans that he had ruptured his ACL, torn his meniscus and fractured his leg while playing football.

“A few weeks ago you may remember I played in the veterans’ cup – my old boys league,” he said on GMB.

And, as he hobbled into the GMB studio, co-host Susanna Reid commented on the injury.

She said she wished she had taken a snap of the “get up” Ben was wearing on his leg.

Even Dr Hilary baulked and said it looked like a “horror” injury, but approved of the leg brace Ben was wearing.

On Instagram today (Tuesday July 6), Ben shared a snap of his leg as he awaited surgery.

In the background was Andi Peters and ITV on the hospital TV.

Holding up his leg for the camera, it showed arrows drawn on to it by the surgeons.

“So far so good – arrow on the correct leg, @andipeters on the TV + super stylish socks in place.”

What else has Ben been up to?

While he’s been waiting for surgery on his right knee and leg, Ben has been busy filming the new series of Tipping Point in Bristol.

Sharing the news that new episodes were in the can, he told fans that he “couldn’t wait” for them to see them.

“Very proud as ever to be part of such a fantastic and hardworking team!! #tippingpoint,” he said.