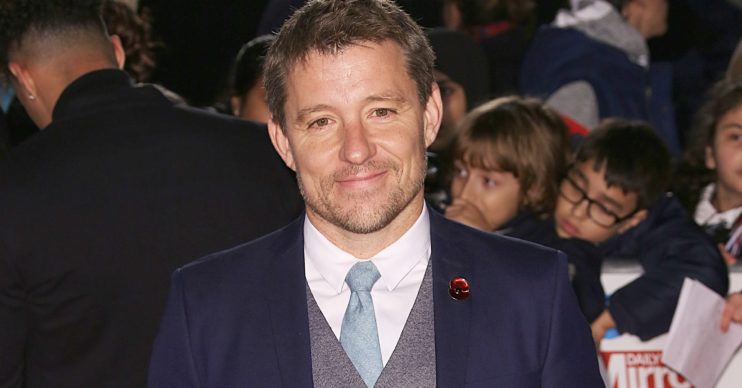 She apparently wasn't happy with the snap

TV’s Ben Shephard has given followers a rare glimpse into his everyday life with his wife.

The Good Morning Britain host took to Instagram as he posed alongside Annie, who looked incredible without a scrap of make-up.

Ahead of Wednesday’s football return, the 45-year-old presenter shared the picture of himself with his wife on a walk in the park.

He wrote: “Early evening Pre-kick-off promenade with my hairdresser .

“Who’s not happy with my selfies apparently she’s not got make-up on….I didn’t like to say I hadn’t noticed!!

“Anyway back in time for the footy which has cheered her up no end.”

Ben grinned at the camera for the snap, while Annie pulled a face behind him.

And it didn’t take long for followers to comment on her natural beauty, with one writing: “She does not need make-up on.”

Another said: “She’s lucky enough to not need any make-up….wish I looked that good without it!”

During today’s GMB, Susanna Reid quizzed Ben about the selfie prior to the football kick-off.

Susanna said: “This was interesting, because you posted a selfie despite the fact that Annie said ‘Please don’t post the selfie’, but the reason she said that is because she’s not wearing any make-up.”

The host later backtracked on his comment before going on to discuss their football date night, saying: “It was just one of the most wonderful moments, because we’re sitting there, football is on and things felt like they were getting back to normal, it felt like quite a big step towards that.”

The presenter previously opened up on his “awful” proposal on GMB, saying: “I really screwed up. I eventually did propose to her in Paris.”

“Went back [had] the afternoon nap, because I was so tired and then just didn’t wake up, so woke up about three in the morning.”

Susanna asked if he popped the question then, “all groggy and stinky” from his nap but Ben said: “No, I had to do it the next day and it was so pressurised. It was awful. Ugh, it was dreadful.”