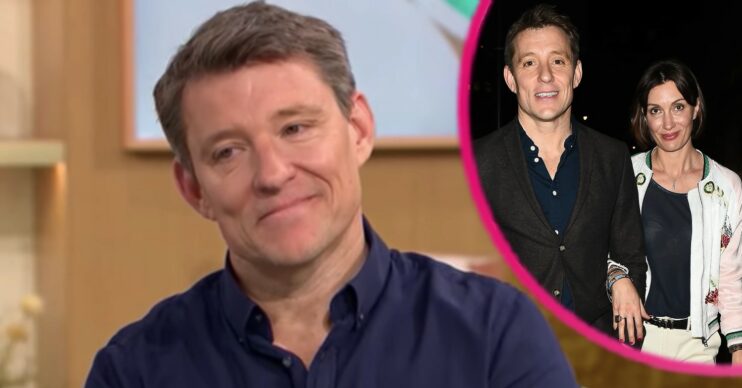 The pair have been married for 17 years

Ben Shephard has shared a gushing message about his wife Annie during a family staycation.

The Good Morning Britain host, 46, has been married for 17 years after tying the knot in 2004.

Taking to social media today (August 24), Ben was labelled a “lucky man” as he shared a snap of Annie to his profile.

The photo showed Anne candidly posing during their trip to Salcombe in Devon.

Ben’s wife wore a green sweater for the shot, which gave a glimpse of the sea in the background.

Alongside the shot, Ben added: “She may look great in a wet suit and hard helmet coasteering – but she scrubs up ok out of the water too!

She scrubs up ok out of the water too!

“Mrs S may not have had her @fortnums flask but the @salcombegin was on tap!”

The photo came days after Ben shared a snap of Annie while coasteering.

Fans rushed to comment on the post, with one saying: “That’s what you call a natural beauty.”

Kate Thornton said: “You’re a lucky man – she’s beautiful inside and out.”

Ben and his family are currently on a summer break in South Devon.

Earlier this week, the star posted a snap of himself as he enjoyed a glass of wine overlooking the sea.

Ben wrote: “Wonderful week away with the fam and friends, over too soon but certainly crammed tons in. Now just need a holiday to get over it!!”

During their marriage, Ben and Annie have welcomed two children together.

Speaking about his wife, Ben previously shared: “We met at university and I was sort of a mere puppy when it came to the world of broadcasting media.