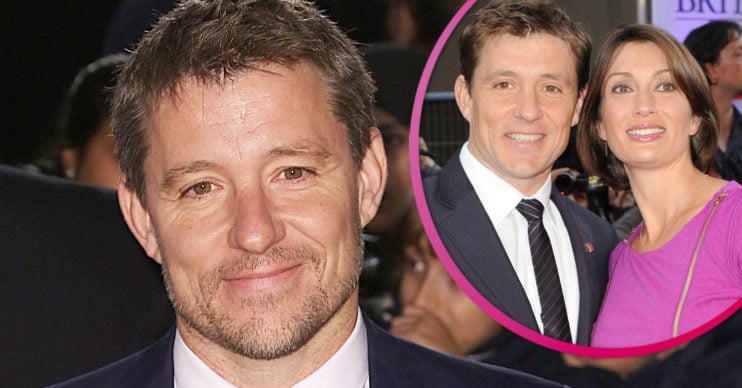 The couple got a little tipsy during their romantic evening

Ben Shephard has taken a break from his gruelling television schedule for a rare date night with wife Annie.

The Good Morning Britain presenter, 45, documented their evening on Instagram with a series of photographs of his wife.

The snaps show Annie wearing a green patterned dress and sunglasses while elegantly sipping on a fruity cocktail.

Ben also encouraged his followers to back the Eat Out to Help Out scheme, which he and Annie offered their support to on Monday evening (August 3).

Alongside the photos, he wrote: “So me and @mrsannieshephard decided to #eatouttohelpout yesterday, which was a real treat.

“However Mrs S got carried away and thought the slogan was was drink up to prop up, so she did!! As you know she loves me taking pics and posting them.

“I have a feeling that’s her subtly giving me the finger #eatout #drinkup.”

Fans rushed to compliment Ben’s stunning wife, with one writing: “Oh how brilliant and beautiful is your wife.”

Where have we seen Annie before?

However, that’s certainly appeared to change in recent months.

Back in June, the GMB star gave his 407k followers a rare glimpse into his everyday life with Annie during a walk.

The mum-of-two looked incredible as she posed without make-up, with Ben saying: “Early evening Pre-kick-off promenade with my hairdresser.

“Who’s not happy with my selfies apparently she’s not got make-up on….I didn’t like to say I hadn’t noticed!!

“Anyway back in time for the footy which has cheered her up no end.”

At the time, Ben grinned at the camera as Annie pulled a face behind him.

When did Ben and Annie marry?

The couple tied the knot in 2004 and now have two sons together, Jack and Sam.

The presenter previously opened up on his “awful” proposal on GMB, saying: “I really screwed up. I eventually did propose to her in Paris.”

“Went back [had] the afternoon nap, because I was so tired and then just didn’t wake up, so woke up about three in the morning.”

Susanna Reid asked if he popped the question then, “all groggy and stinky” from his nap but Ben added: “No, I had to do it the next day and it was so pressurised. It was awful. Ugh, it was dreadful.”