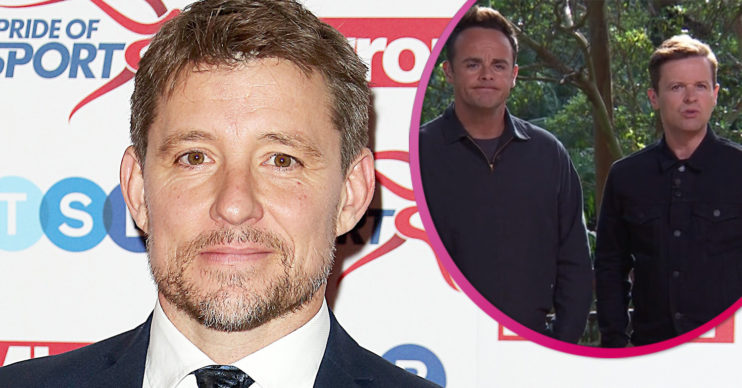 Bookies have slashed their odds

Ben Shephard is a favourite to head into the I’m A Celebrity jungle this year.

The Good Morning Britain presenter is currently 2-1 (from 5-1) likely to do the show in Australia, according to bookmaker Coral.

Meanwhile, odds are also at 4-1 for Ben to be a contestant on Strictly Come Dancing and 7-2 for him to be on Dancing on Ice.

Read more: Where is Ben Shephard? Adil Ray steps in as host takes break from GMB

The odds come after Ben revealed he would be taking a break from GMB.

A rep for Coral told Metro: “With no early morning starts to worry about now on Good Morning Britain, our betting suggests Ben Shephard could take the plunge into the I’m A Celeb jungle this year.”

Ent Daily has contacted reps for Ben for comment.

Earlier this week, Ben announced he was taking a break from GMB.

His co-star Kate Garraway told viewers on Wednesday: “This is Ben’s last day. You’re going and having a bit of time off aren’t you?”

He explained: “I’m not having any time off at all – it’s peak Tipping Point season!

Our betting suggests Ben Shephard could take the plunge into the I’m A Celeb jungle this year.

“Don’t think I’m going to be sat with my trotters up down in the South of France.”

Meanwhile, he shared a photo of himself and Kate to Instagram and gushed over working with her.

He wrote: “Ahh there’s nothing quite like working with @kategarraway, have loved having her back in the studio.

“Although still not sure about her ‘a warm Shephard oozing all over you’ comment.

“Thank you for all your messages, despite Kate trying to get us both sacked and a few very random online reports.”

He added: “I’m not leaving @gmb (sorry!) just off to catch up with series 11 of @itvtippingpoint which was put on hold because of Covid.

“Anyway will be back with Kate in the GMB studio in September for more of the same!!”

If Ben chooses to do I’m A Celebrity this year, he will be following in Kate’s footsteps as she did the show last year.