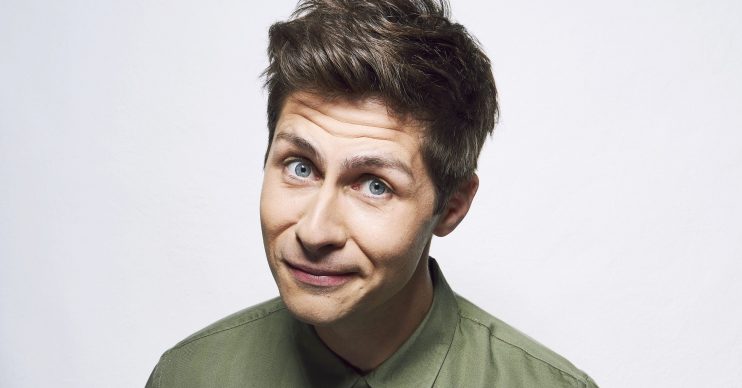 His semi-finals performance came under threat

Ben Hanlin had a scare this week during Dancing on Ice rehearsals.

His arm got slashed with a razor-sharp blade as he practised a daring lift while preparing for the show’s semi finals.

It was the 33-year-old’s dance partner who was responsible for the terrifying accident.

Last week we cut loose in the @dancingonice group battle and came 2nd on the leaderboard!! 💪⛸

Carlotta Edwards’ boot scraped Ben along his forearm, according to The Sun Online, and for a while the pair thought his semi-final performance was under threat.

But they have decided to go through with it after Ben got the injury bandaged up.

Read more: Dancing on Ice: Hamish Gaman pulls out of show after ‘worst three months of his life’

“We decided it’s the semi-finals we decided to pull out the stops to do a Torvill and Dean-type lift,” Ben told The Sun Online.

“So the idea was I grab her leg and her hand, she essentially jumps at me and spins her leg through the gap and then lands.

We decided it’s the semi-finals we decided to pull out the stops to do a Torvill and Dean-type lift.

“And that is exactly what happened. She ended up jumping into my arm, and her blade dragged all the way down my arm and just cut my arm open.”

Luckily, the bandage was enough and Ben didn’t need stitches.

And the daring move is still going ahead on Sunday night.

Ben has has a rollercoaster ride recently. Two weeks ago, his daughter Delilah was rushed to hospital and treated for sepsis.

I just want to thank @loosewomen for being so lovely today – a few weeks we had the scare of our lives when Delilah was rushed to hospital. She had a temperature of 103, mottled skin and her hands and feet were turning blue. She was treated for Sepsis and we were incredibly lucky that we caught it quick enough and all of the staff at Birmingham Heartlands Hospital were amazing!!! If we hadn’t called 111 when we did, things could have been very different. Parents, if your little one isn’t being their self and you’re worried about them, pick up the phone. X

He has shared his progress on Dancing on Ice with fans on his Instagram page.

Celebrities left in the running apart from Ben are Joe Swash, Libby Clegg, Perri Kiely. They will be skating twice, so we hope Ben is feeling fully recovered in time to give it his best shot.

Who do you think is going to win Dancing on Ice? Head to our Facebook page @EntertainmentDailyfix and let us know your thoughts.