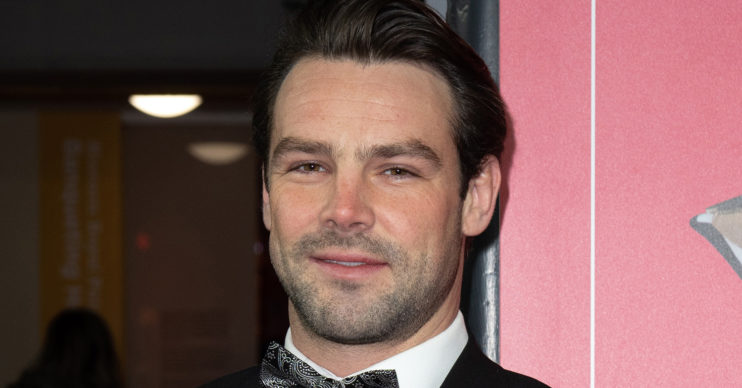 Ben Foden has welcomed his first child with his second wife Jackie Smith.

Ben Foden has welcomed his first child with his wife of one year Jackie Smith.

The newlyweds have had a daughter called Farrah, a few weeks earlier than expected.

Addressing her some 8,400 followers, she shared a string of photos and described the tough process.

She wrote in a lengthy post: “So with an original due date of June 12, a few weeks ago I developed cholestasis, which is an elevation in liver enzymes or something.

“I was getting super itchy, and blood work showed concerning levels, and it was decided I needed to induce at 37 weeks which is technically considered term.

She continued: “After 24 hours of labour, I wasn’t dilating, and she needed to be sectioned, so mum and Mark (my stepdad) scrubbed up and had her out in 30 minutes.

“Ben cut the cord (which turned out to be super short, which is probably why she wasn’t coming down naturally and helping me dilate).

Meanwhile Ben shared photos and videos to his some 113,000 Instagram followers.

In one of the videos he can be heard saying he is not sure if wants to look as he films the Caesarean process.

He also shared the birthing experience to his Instagram stories. This included him encouraging Jackie to “push, push” before a Caesarean was decided.

Jackie looked clearly unimpressed when he shared a photo of her in pain and pushing.

He captioned the snap with: “Mmmmm she’s not a fan.”

She even called him a [Bleep bleep] as he continued to film.

The couple married after just two weeks of dating.

Ben had divorced wife Una Healy of the pop group fame The Saturdays the previous year.

When the pregnancy was announced, a source told the Mail Online that Ben and Jackie were thrilled to have gotten pregnant so quickly.

The source revealed: “Ben and Jackie are over the moon.

“They’re so excited to become parents together and are looking forward to starting their new lives as a family.

“The plan is to move from America back to the UK and raise the baby here – there’s lots to organise but they can’t wait for their new arrival.”