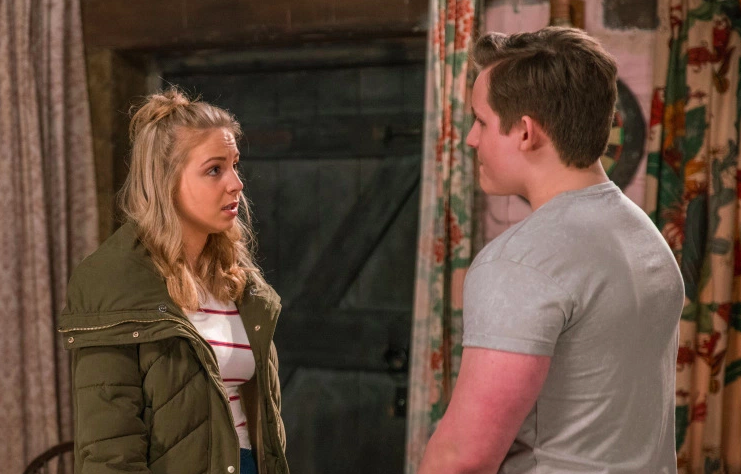 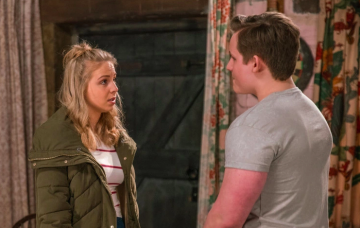 He manipulated her last night

Emmerdale fans voiced their fears for Belle Dingle after her boyfriend Lachlan White appeared to turn on her during last night’s episode.

It’s been less than a week since Lachlan drove the White family car into the path of a lorry, killing his mum and granddad – Chrissie and Lawrence.

Read more: Will Lachlan’s voicemail to Gerry unearth the truth about the horror crash?

His aunt Rebecca is still in a critical condition in hospital.

Since the tragic accident, Lachlan has been sleeping on Belle’s sofa at Wishing Well Cottage despite the fact the young Dingle dumped him before the crash.

Chrissie had revealed to her that Lachlan had deliberately let them believe he’d committed suicide when he was really hiding in the attic at Home Farm, spying on his family.

But fans are now worried that increasingly unhinged Lachlan could do Belle harm after he turned on her last night.

He overheard Belle telling her parents that she couldn’t give up on him now because he’s ‘ill’.

Later Lachlan pulled her up on her comments, angrily accusing her of wanting the ‘mad man out of the house.’

A stunned Belle explained that when she was diagnosed with schizophrenia, people shied away from her and she wouldn’t do that. She went on to question him about hiding in the attic and pretending to be dead.

Disturbed Lachlan replied: “I don’t know, I felt lost, no one seemed to think I mattered. I wanted to hear someone say that they loved me. But you think I’m crazy, you said I was ill.”

He then said he was worried about losing her to which she replied that he hadn’t lost her and invited him to stay in her room.

Fans jumped to social media to voice their concerns about Belle letting creepy Lachlan back into her heart.

“Sleep with one eye open, Belle! #Emmerdale,” warned one viewer.

Next week will see Lachlan’s desperate bid to keep his dark secret about the car crash hidden when he flees Chrissie and Lawrence’s funeral.

He makes out he’s overcome with emotion but he’s really just trying to find Gerry Roberts’ lost phone which has the incriminating voice message Lachlan accidentally left from inside the car.

There’s also the small matter of Rebecca showing signs of consciousness, as she could reveal what really happened before the lorry hit the White’s car.

Read more: Stacey’s back – but don’t expect Martin to be pleased about it

How far will Lachlan go to keep the truth buried?