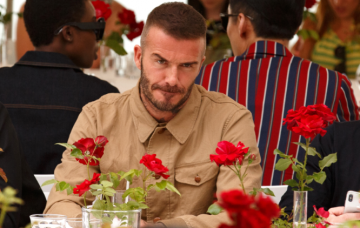 They may have arrived separately, but David and Victoria Beckham put on a united front as they attended a London Fashion Week Men event earlier today.

Sandwiched between Vogue editor Edward Enninful at the Kent & Curwen presentation, Victoria and David gazed lovingly into each others’ eyes as she tenderly gripped his arm.

It was a very clear message of togetherness, after the pair became the target of insane rumours about their relationship the tail end of last week.

The Beckhams’ reps issued statements following frenzied gossip about the couple’s marriage on social media, with wild theories they were about to announce their plans to divorce.

The rumours were flat-out denied, with David’s exasperated spokesperson saying: “There is no statement due or divorce.

“This is all very bizarre and an embarrassing waste of time. There is no statement due, no divorce, and a lot of Chinese whispers and fake social media news.”

The family certainly weren’t letting the furore get to them in the eye of the storm either, with it being business very much as usual on Friday.

Victoria has been inundated with gushing comments after sharing a sweet snap of herself with daughter Harper on Instagram.

The fashion designer posted the image showing her six-year-old ready to go to school in her blue and white uniform.

Victoria, 44, is bending down to give her a hug before she goes, with the little girl cuddling her back tightly while smiling for the camera.

Mother-of-four Victoria captioned the image: “Morning cuddles x So much love. We love and miss u @davidbeckham.”

The picture racked up nearly two thousand comments within a couple of hours of being posted, as Victoria’s fans rushed to tell her how much they liked it.

“Beautiful photo one for the mantle place,” one told her.

“Lovely picture of mum and daughter,” said another.

Others described the image as “super gorgeous”, “so cute” and “wonderful”.

A number commented on how much Harper looks like her former footballer dad, who has been in China this week attending the G-EXPO Global Top Summit.

“Daughter looking so much like dad… Can’t wait to see Harper in England national team,” wrote one.

Read more: Stacey Solomon has welcomed a new addition to the family

“Your daughter’s face looks like her dad,” agreed a third.

Harper looked even more like him this week as she wore a David Beckham mask on her way to school!

Others couldn’t get over how young Victoria looked in her latest Instagram image.

“OMG – Looking SO young Victoria,” wrote one. “Sisters?” wrote another of the pair.

Meanwhile, Victoria and David, who also have three sons Brooklyn, 19, Romeo, 15,  and Cruz, 13, announced this week how they are supporting The We Love Manchester Emergency Fund.

The charity has been set up to help families affected by the Manchester terrorist attack last year.

David and Victoria are giving people the chance to win the outfits they wore when they attended the royal wedding in May.

Victoria previously said she and David had “the best day” at Prince Harry’s wedding to Meghan Markle.

She wore a navy midi dress with a belted neck and split sleeves from her upcoming pre-Spring/Summer 2019 collection to the event in Windsor, while David donned a Dior Homme charcoal grey morning suit, which has ‘DB’ sewn on the inside.

Fans can win the chance to own the outfits by entering the competition with Omaze. 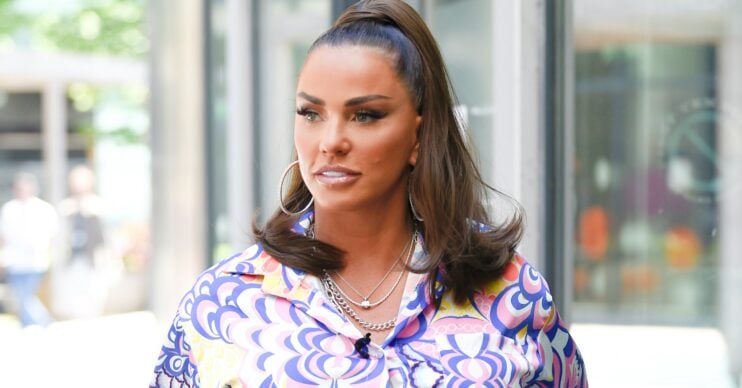