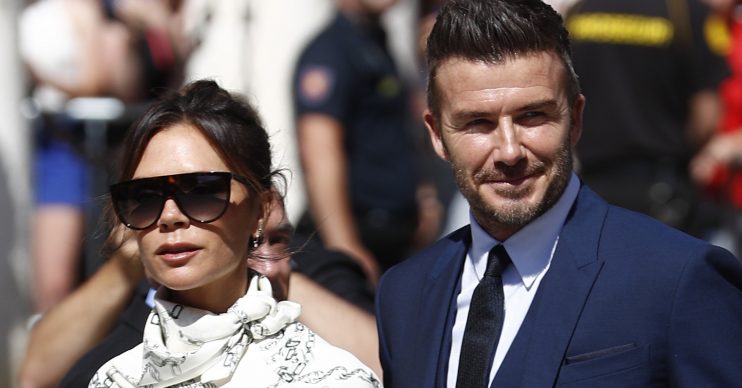 Fans of the Beckhams have hailed them as the ‘ultimate’ family after seeing their epic Halloween snap.

David, 44, and Victoria, 45, shared a photo on their Instagram accounts that showed the Beckham clan in their spooky costumes as they enjoyed Halloween together.

In the photo, dad David wears a dark hoodie and trousers with black make-up under his eyes.

The Beckham’s eldest, Brooklyn, stands looking somber in a stripy jailhouse outfit complete with a prisoner number, while Romeo can be seen wearing a green full bodysuit, white shorts and a hockey mask.

Their youngest, Harper, is dressed like pop singer Billie Eilish in a white tracksuit, blue hair and blue paint running down from her eyes.

David simply captioned the post, “Halloween” with a pumpkin emoji.

Some fans in the comments noticed that the Beckham’s 14-year-old year old son Cruz was missing. Victoria, who was also absent from the picture, offered something of an explanation, captioning her own post: “When mummy brings @cruzbeckham home for school look what happens! kisses x.”

In the comments, their fans rushed to point out that the Beckham’s represent ‘family goals’.

One put, “Coolest family” alongside a string of fire emojis.

Another commented: “Love this family.”

Someone else said: “The best family forever.”

Earlier on her Instagram, Victoria offered fans a closer look at Harper’s outfit.

The proud mum posted a close-up of her daughter’s face with the blue paint running down from her eyes, as it does in the music video for Billie Eilish’s single When The Party’s Over.

And Romeo, who had fans shocked earlier this week with a photo showing he’s now taller than his old man, also posted a snap of himself and Harper in their outfits.

What do you think of the Beckhams’ Halloween effort? Leave us a comment on our Facebook page @EntertainmentDailyFix and let us know.