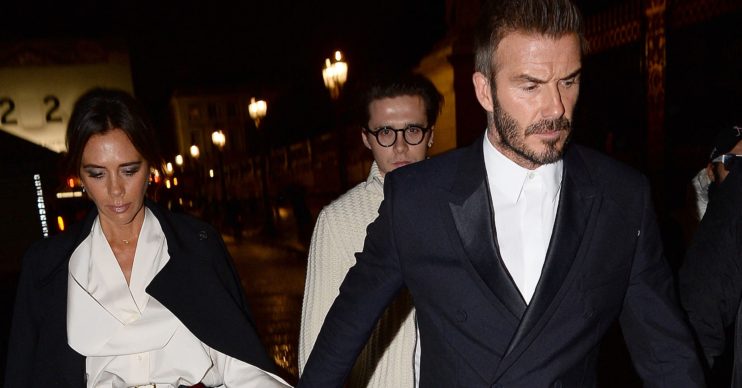 The Beckhams have reportedly been granted permission to build a secret escape tunnel from their £6 million Cotswolds home.

It is an extra security measure for the lavish mansion.

They can also build a wine cellar and extend their garage at the rural retreat.

However, they may not be able to get the two man security gate house they want at their country pad.

West Oxfordshire District Council made the decision this week.

The application was for “Internal and external alterations to include extension to existing garage with construction of basement wine cellar beneath and link to the main house with the provision of new staircase to ground floor.”

The Beckhams must begin the work within three years on the listed farmhouse.

If not, they will have to reapply for planning permission.

The link will give them underground access from their main house to the garage and their fleet of luxury vehicles.

Family time with @davidbeckham and… the girls! Kisses Olive, Fig and Sage xx

The couple have been embracing country life during lockdown.

They are self-isolating in the home with three out of their four children: Romeo, Cruz, and Harper.

At the same time, their eldest son, Brooklyn is spending it in the United States with his girlfriend Nicola Peltz.

Meanwhile, the decision to beef up security comes after a series of high-profile break-ins.

A few weeks ago, Tottenham midfielder Dele Alli was allegedly robbed at knifepoint at his Hertfordshire mansion.

Alli reportedly got punched in the face by two males who broke in through a back entrance to steal jewellery including a number of expensive watches.

The neighbour got permission to update their property, meaning the Beckhams face 10-hour days of noisy construction work.

The council will make a decision about the gatehouse in the coming days.

Ent Daily has contacted reps for David and Victoria for comment.