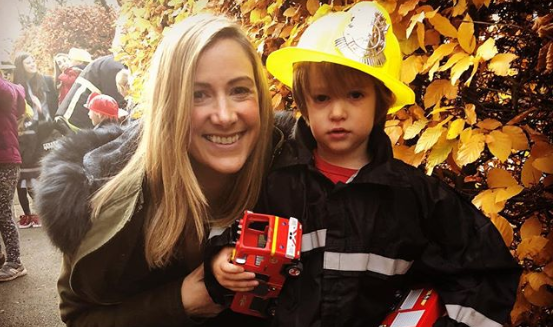 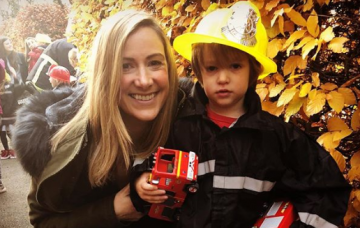 She recently learned she only has days to live

BBC presenter Rachael Bland revealed on Monday the heartbreaking news that she has just days left to live after being diagnosed with terminal breast cancer.

Before her devastating announcement, the mum-of-one wrote a blog for HuffPost detailing the arrangements she’s made for her family in preparation for the day she’s no longer here.

Among them are wrapping 18 years’ worth of presents and writing a memoir for her three-year-old son Freddie.

She said she has wrapped 18 years’ worth of gifts so Freddie has a present to open from her “between the ages of four and twenty one”.

Rachael also gathered together “personal effects like my notepads – so he can see what my writing was like. Or the perfume he helped pick out for me earlier this year so he’ll remember my smell. And his all-important box of newborn keepsakes.”

Her memoir for Freddie is “almost finished” and contains advice for her little boy and a “collection of all those stories your parents tell you over the years from their point of view”.

Rachael has also set up a Whatsapp group with her husband Steve’s sister about her wishes for Freddie and his future and the things that might “overwhelm and upset” Steve right now.

These include making sure Freddie’s hair is cut the way he wants it and that he goes to the best school and university possible.

Rachael concluded her post writing: “The main thing is that, while he’s so young, I want him to remember me in some way.

“I hope the book and these gifts and notes will leave an imprint of my love behind for the rest of his life. So he can be sure how very much I love him.”

Rachael was told in May that the breast cancer she had been diagnosed with in November 2016 was incurable.

She has been documenting her experience for the podcast You, Me and the Big C.

Earlier this week, she revealed the awful news she has just days to live.

In the words of the legendary Frank S – I’m afraid the time has come my friends. And suddenly. I’m told I’ve only got days. It’s very surreal. Thank you so much for all the support I’ve received. Debs and lozz will continue with the #youmebigc podcast. Au revoir my friends. 💋💋 pic.twitter.com/DhMurbqMJz

Referencing Frank Sinatra’s My Way, she wrote to supporters on Instagram: “In the words of the legendary Frank S – I’m afraid the time has come my friends.

“And suddenly. I’m told I’ve only got days. It’s very surreal. Thank you so much for all the support I’ve received. Au revoir, my friends.”