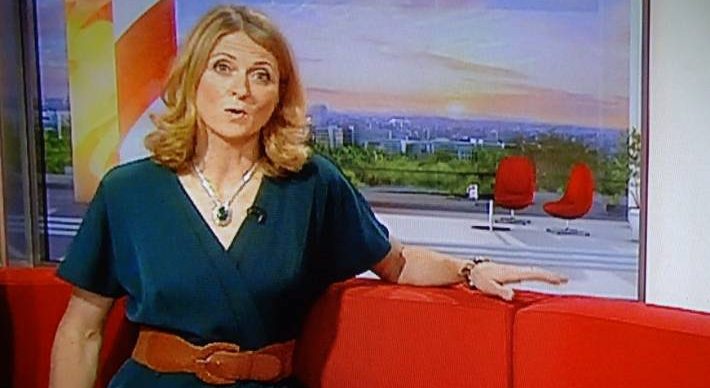 The broadcaster and Nicky Campbell were discussing Chris Grayling

The broadcaster and her co-presenter Nicky Campbell were discussing former justice secretary Chris Grayling when she made the slip.

They were talking about a decision for the National Probation Service to supervise all offenders in England and Wales, reversing a part-privatisation decision made by Grayling in 2014.

Rachel, speaking to home affairs correspondent Danny Shaw on Thursday’s show, said: “Chris Grayling seems to have been in charge of various departmental gaffes, [bleep]-ups, mismanagement, controversies, and yet he’s still there in cabinet.”

The discussion continued with the presenters apparently unaware.

It took place during a “twenties takeover” in which “people aged 20 to 29 are at the top of the news agenda” on the BBC show.

Alerted to her mistake, Rachel apologised just before 7am.

“By the way, I think a bad word may have slipped out, although that wasn’t the intention. It wasn’t what I’d thought I said,” she said.

“So, I apologise if anybody heard bad language earlier on. That wasn’t what was supposed to happen.”

Nick asked Burden if it had occurred “kind of unconsciously”.

“I don’t know, but anyway, let’s not get into it,” she replied. “I thought I’d said something else, but never mind.”

Nicky added: “I didn’t notice it because I just thought we were chatting like we normally chat.”

Rachel replied: “Well yeah, exactly. Anyway, apologies to anyone who was offended.”

Her naughty slip of the tongue didn’t go unnoticed by fans, who took to Twitter to share their thoughts.

One person wrote: “@rachelburden did you just drop the f bomb on live radio?!”

@rachelburden did you just drop the f bomb on live radio?!

Read more: BBC pulls Have I Got News For You over Heidi Allen impartiality

Another said: “@rachelburden can we now call you Rachel ‘F bomb’ Burden. Not shocked or offended, just made me laugh as you get down with da kids #handover.” (Sic)

A third tweeted: “Hearing @rachelburden swear this morning is like finding out the queen wears jeans.”

@rachelburden can we now call you Rachel ‘F bomb ‘ Burden . Not shocked or offended , just made me laugh as you get down with da kids #handover