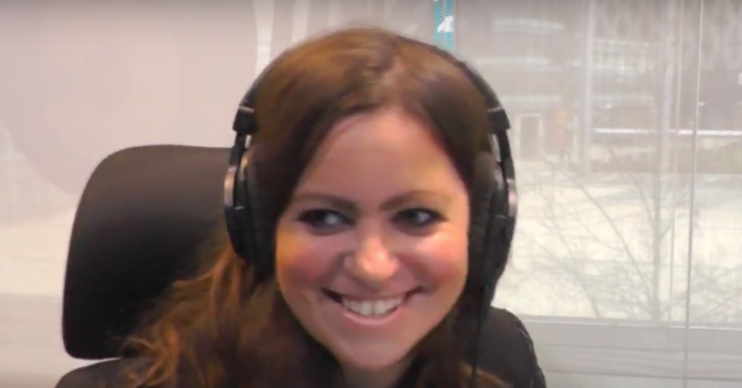 The Bowel Babe shared some really good news with her followers

BBC podcast presenter Deborah James – who is known on Instagram as the Bowel Babe – has revealed she is free of cancer.

Deborah – who has two young kids and recently enjoyed a trip to Mauritius – was diagnosed with incurable stage 4 bowel cancer in 2016.

However, she has revealed on social media that she is currently “free” of the disease.

Don’t mind me – just forgetting about reality for a little while longer…. : #holiday #mauritus

Not only that, Deborah – who fronts Radio 5 Live’s You, Me and The Big C podcast – said that doctors have said she is “re-writing the textbook”.

She said: “Okay cancer – you chose the wrong girl. Three years on, 10 operations, too many scans, a lot of chemo, some fancy drugs, lots of tears….I’m still standing – and you (according to my most recent scans!) are still sleeping!”

But right now, I have no evidence of cancer in my body!

She added: “In fact, we have cut you out, burnt you, zapped you, ablated you, used radiotherapy, used targeted therapy, used every tool in the book and right now in fact according to my team we are ‘rewriting the text book.'”

Hello 2020! I see you, I’ve got you! No looking back at the last 10 years, only forwards. Why? Because, whilst there is so much joy…. I will be reminded of the “before cancer Deborah”, miss the people I’ve lost, miss the future I could have planned for. Instead – I celebrate today, because I’m here and I didn’t think that was possible. And I look to the future – one step at a time with hope. Not into a decade of dreams – just days of daring to live. No resolutions, no empty promises, no overhaul of life. Just gratitude for each day I’m granted and for my body for all it tolerates. Another 365? Let’s smash this!…… : #daretodream #happynewyear #2020

Deborah added that she hasn’t “processed” the news for “a few reasons” and added: “But right now, I have no evidence of cancer in my body!”

She said the news “seems bonkers considering at one stage I had 15 tumours”.

Read more: William and Harry had “furious clash” the night before family day at the polo

She said the statistics were also against her, revealing there’s an 8% survival rate of five years for metastatic bowel cancer.

“Yes I’m beyond happy. Have I celebrated. No! (I should!) BUT I’m realistic,” she said.

“Yes I’m in a place I never thought possible. But I’ve been here once before a few years ago and it was whipped away from me 6 weeks later! So I’m prepared. We all are. I’m still on treatment (tomorrow in fact!). Praying it continues to work.”

She said she was “beyond grateful to be here today” and taking it “one step at a time”.

Deborah presented her podcast alongside her friend Racheal Bland, who passed away in September 2018.