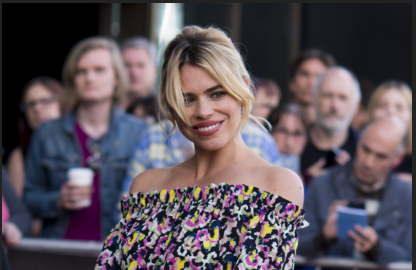 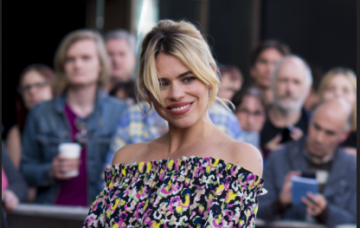 She jokes they "ruined" her birthday

The BBC marked the birthday of actress Billie Piper with an emotional throwback post, reminiscing about her days on classic SciFi show Doctor Who.

Billie played the first of the Doctor’s companions in the revived series for two years, before her character, Rose Tyler, became trapped in an alternate universe with her family.

BBC iPlayer wished the actress a happy birthday by sharing her last scene on the show – her emotional goodbye with the Doctor.

Along with the video, they said “Happy Birthday, @billiepiper! 🎂 🎈 Here’s a throwback to her emotional goodbye in Doctor Who.”

Billie lost no time in responding to the tweet, joking that the heartbreaking scene had “ruined” her birthday.

“Ruin my birthday why don’t you 😩,” she said, as she shared the tweet.

The official Doctor Who twitter account used a more cheerful moment from the show to make Billie’s birthday.

They shared a gif of the actress smiling and waving, taken from the 50th Anniversary special, The Day Of The Doctor, calling her “remarkable”.

Since her time on the classic who, Billie’s taken a step behind the camera.

The film sees Billie take the role of Mandy, an ambitious single mother, and has been described as an “anti rom com.”

The role of a hard working mother is certainly apt for Billie – she’s filming while reportedly pregnant with her third child.

She is already mother to two children from her marriage to Laurence Fox.

What do you think of the heartbreaking moment? Leave us a comment on our Facebook page @EntertainmentDailyFix and let us know what you think!