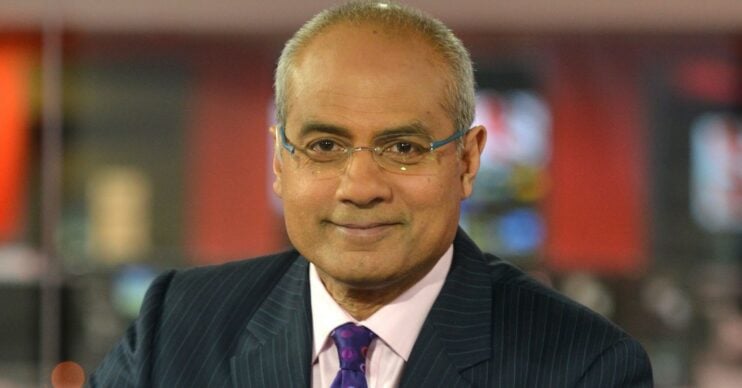 The newsreader had a frank coversation

BBC newsreader George Alagiah has given an update on his health and admitted his cancer ‘will probably get him in the end’.

In October 2021, George took a break from presenting to have treatment for a further spread.

George told him: “I don’t think I’m going to be able to get rid of this thing.

George added: “My doctor’s very good at every now and again hitting me with a big red bus full of drugs, because the whole point about cancer is it bloody finds a way through and it gets you in the end.

“Probably… it will get me in the end. I’m hoping it’s a long time from now, but I’m very lucky.”

George admitted when he was first diagnosed with cancer, it took him a while to understand what he ‘needed to do’.

He said: “I had to stop and say, Hang on a minute. If the full stop came now, would my life have been a failure?

“And actually, when I look back at my journey…the family I had, the opportunities my family had, the great good fortune to bump into Frances Robathan, who’s now been my wife and lover for all these years, the kids that we brought up…it didn’t feel like a failure.”

In June 2020, George told how the cancer had spread to his lungs, liver and lymph nodes.

He has regular treatment and scans every three months, and recently recovered from Covid.

George has had an illustrious career

George has a long and varied career before joining the BBC News at Six team.

As a foreign correspondent for the BBC, he reported on a variety of world news stories.

They include Rwandan genocide, and interviews with the late Nelson Mandela and Archbishop Desmond Tutu.

Desperately Seeking Wisdom With Craig Oliver is available on all major podcast providers.