A family who appeared on BBC interior design show DIY SOS have revealed their home is worse than before the show's team of builders transformed it.

Lin and Stuart Philp from Torquay, Devon, had nothing but praise for the amazing volunteers who helped rebuild their home but revealed since they went away they've been left in disarray.

Single dad Stuart, who is wheelchair-bound with Multiple Sclerosis, and his blind mum Lin, who is his carer, said they were grateful to the BBC crew and the band of volunteers who moved into their home and transformed it 15 months ago.

But they claim behind the scenes the build did not go exactly to plan because their plans for a rear extension never got underway, after the council blocked it.

Stuart was left looking at a wall all day instead of lovely countryside views, while Lin doesn't even have room for a chair in her cramped room and daughter Lauren's bedroom is smaller than before the build.

One of the things I really wanted was to be able to look out at the view over the Moors.

Nick Knowles and his team apparently wanted to create a home suitable for Lin to give up her flat so that she could move in with Stuart to help care for him, his 17-year-old daughter Lauren and their dog Doobie.

Stuart, 44, told Devon Live: "Don't get me wrong - it's lovely. We are so grateful and we don't want to sound greedy.

"Lots of things they did were amazing - especially repairing the end wall in the kitchen which was in a terrible state.

But he added they'd had to squeeze everything into the existing small house space and house three people where there had been two. 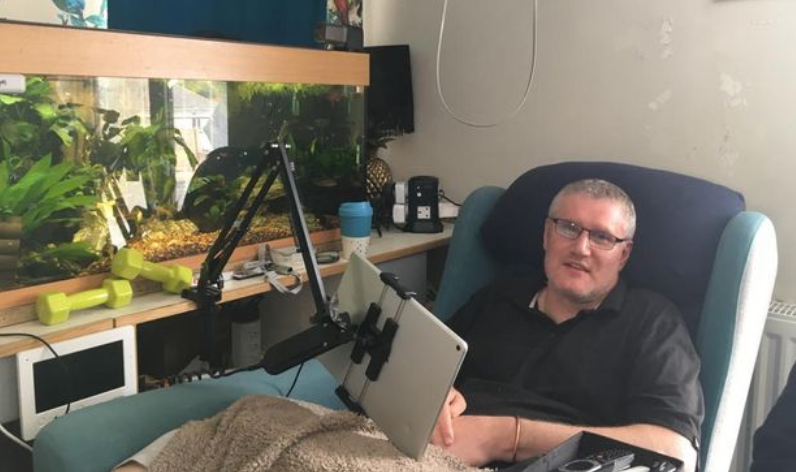 Stuart added: "One of the things I really wanted was to be able to look out at the view over the Moors - but I am facing the wall. They have put up mirrors for me to look at the reflection behind me - but the mirrors were too high for me to see."

The rebuild did not have all the disabled adaptations he needs and he is unable to get his wheelchair out the front and back doors.

It also means Stuart is unable to let the dog out and now the dog keeps fouling inside.

Lin added:  "We didn't want to appear ungrateful. The people who were doing the volunteering were amazing." 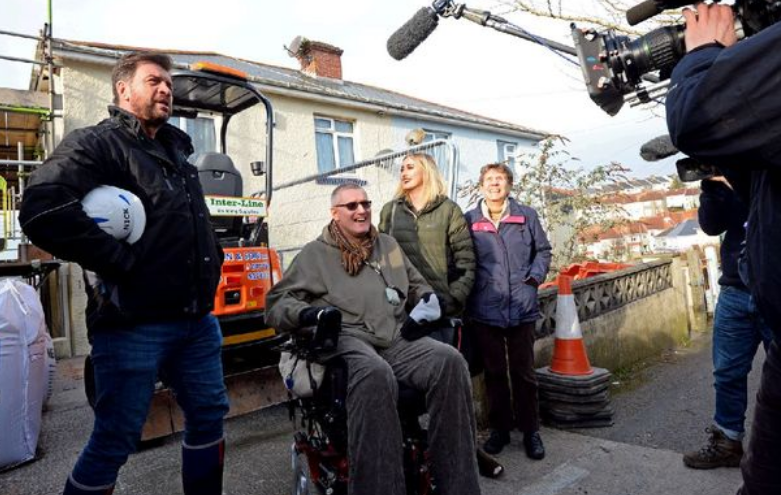 At the start of the big build, Nick Knowles told the volunteers that they would be changing the family's lives, allowing all three of them to live together for the first time.

The Philps family said part of the problem was that - as they hadn't employed the volunteers - they had no way of asking builders back to help put things right.

Stuart claimed: "I think they chose us because mum is blind - they got a double whammy with two disabled people."

A BBC spokesperson said: "The DIY SOS team take the responsibility of building a home extremely seriously, and contributors are consulted throughout the build to ensure the design will meet their specific needs.

"We remained in touch with the Philips family regularly after filming to address and resolve their concerns as quickly as possible.”