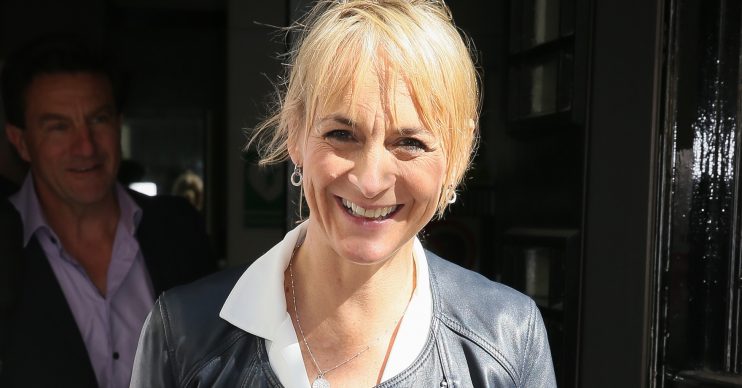 It helps with the hot flushes

BBC Breakfast’s Louise Minchin has joined a group of female celebs to open up about the menopause – a subject that’s still taboo in many circles.

Louise, 50, has revealed that the BBC Breakfast studio temperature is dialled down to help her deal with her hot flushes.

Louise told Hello magazine: “The studio is really cold now. We have the ‘Louise’ setting on the air conditioning.”

Other celebrities also joined in the debate, sharing how the menopause has affected them.

Sky News anchor, Kay Burley, 58, said: “I didn’t used to talk about it but the young boys in the office would get embarrassed and think: ‘Why is she so hot and bothered?’ Now I tell them: ‘Just having a power surge – it’ll be gone in a minute.'”

She added: “There is no better time in history for women of our age now.”

Louise recently celebrated the release of her new book, Dare to Tri.

It tells the story Louise’s journey from the BBC Breakfast sofa to representing Great Britain at the World Triathlon Championships.

“When I took up the sport three years ago I didn’t imagine for a second then, that, one day, I would be able to represent my country internationally.”

Earlier this month, Louise’s BBC Breakfast colleague, sports presenter Mike Bushell, was announced as a contestant on this year’s Strictly.

“It feels like a weird dream. I’ve known a few weeks,” he said during the announcement.

Mike is keen to “fly the flag for all dad dancers” on the show, and is prepared for a “physical challenge”.