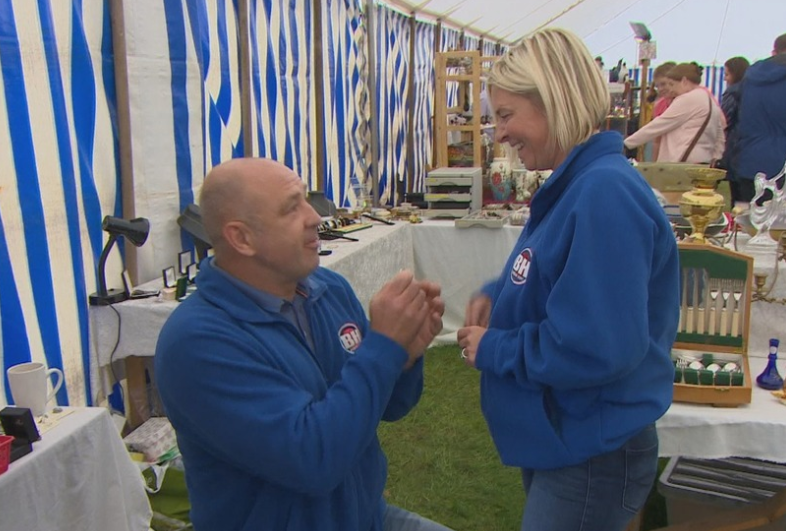 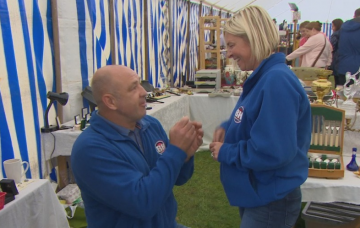 This was so special to watch

Bargain Hunt enjoyed an unexpected dose of romance as the antiques programme saw its first ever marriage proposal.

Contestant Alison Cook got the shock of a lifetime when her partner and team-mate Tony Chambers got down on one knee in the middle of their challenge during the BBC One show.

Mr Chambers popped the question as they filmed in the grounds of Kedleston Hall, a country house in Derbyshire.

Ms Cook, who had no idea about the proposal, said: “I had a game plan but it was absolutely nothing to do with getting engaged on a national TV show.

“My plan all along was to win Bargain Hunt. I was definitely the winner. I wasn’t quite sure what everyone was playing at during filming, but there was something sneaky going on.

“I’d been hen-pecking Tony for a while about getting engaged but he kept on telling me he’d do it in his own time.

“So when he actually popped the question on the show, well, I think my face says it all.”

She added: “I was absolutely over the moon and couldn’t quite believe it.”

Mr Chambers said: “This was a one-off opportunity that no-one has ever done, and quite possibly won’t ever do again. It was a really unique moment.

“I thought that doing it on Bargain Hunt would be a brilliant way of capturing it forever.

“I’d worked really closely with the production team to make sure everything was in place and when the moment arrived, Alison couldn’t quite read the inscription of her name on the ring … so I had to read it out to her.”

He said he was “confident she’d say yes” and that it was a moment they would both remember forever.

Each episode of Bargain Hunt sees two teams of two people compete against each other to buy antiques in order to make the biggest profit at an auction.

The proposal will be shown in the next episode of Bargain Hunt, which will air on BBC One at 12.15pm on Friday.