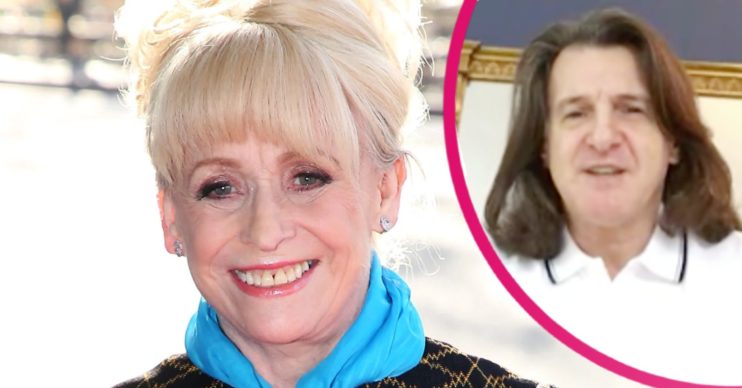 The soap star passed away last week after battling Alzheimer’s

The husband of Barbara Windsor has opened up on her tragic death, revealing he “can’t believe she’s not here”.

Barbara Windsor: What did her husband say?

The 57-year-old handed out an award in Barbara’s honour to palliative carer Nassrat Bi.

Just one week after losing his wife, Scott shared: “I can’t believe only a week ago she was still here and now she’s not.

“There’s the circle of life. I don’t think I can still believe it to be honest with you.

“I want to tell you one other thing about your story, which gave me the courage today to do this video for you.

“That when I was first asked, I said I thought I would be too emotional, in too much of a state to be able to do it.”

Scott also spoke about Barbara’s final days and praised her carers for their support.

He continued: “I know what it takes, now, to sit next to someone at the end of life and just have comforting reassuring words coming from the carers.

“To watch your loved one be comforted and be cared for and the relief that gives you and the support to the family.

“You will never know what it means to loved ones to be a part of that process and to be included and cared for as well as the person who is coming to the end of their life with the disease.”

Why did Scott start a condolence book?

The appearance followed shortly after Scott set up a condolence book in memory of his late wife.

Members of the public will be able to post their tributes to the late actress via a JustGiving page.

And they will have the opportunity to donate to Alzheimer’s Research UK.

He explained: “I’ve been asked by so many people what they can do to honour Barbara.

“And both of our wishes was for more money to be invested into dementia research.”

Barbara was diagnosed with the illness back in 2014.

Meanwhile, Christopher Biggins recently revealed he will be one of Barbara’s friends speaking at her funeral when it takes place in January.