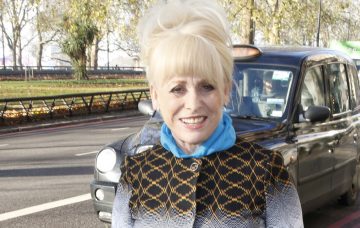 Dame Barbara Windsor is reportedly desperate to find a cure for Alzheimer’s after being diagnosed with the disease back in 2014.

Next month, Scott will be joining some of former Barbara’s EastEnders co-stars in running the London Marathon in support of Alzheimer’s research, claiming they’re hoping to help find a cure for future generations.

Speaking to the Daily Star, Scott said that they had both accepted that the work they were doing would not benefit them—but might help save others.

“The heartbreaking thing is a cure is possible. They believe in six years a cure or at least major breakthrough could be found with the right funding,” he said.

“We both know it will be too late for Barbara but she still wants to do what she can to help find a cure. We both do.”

He went on to say that Barbara was delighted to be able to support Dementia research—although she is sometimes unable to remember what Scott and the others are doing.

Scott said they were hoping Barbara would be well enough to cheer them on on the day, but acknowledged that living with dementia can be unpredictable.

He claimed that training can be challenging and that he sometimes feels like giving up, but that the thought of his wife carries him through.

“It is Barbara who gets me through the runs because like most people running who aren’t professionals I am doing it for a personal reason close to my heart,” he said. “It is that thought that will keep me going on the day.”

What do you think of Scott’s decision to run the marathon? Leave us a comment on our Facebook page @EntertainmentDailyFix and let us know what you think of this story.