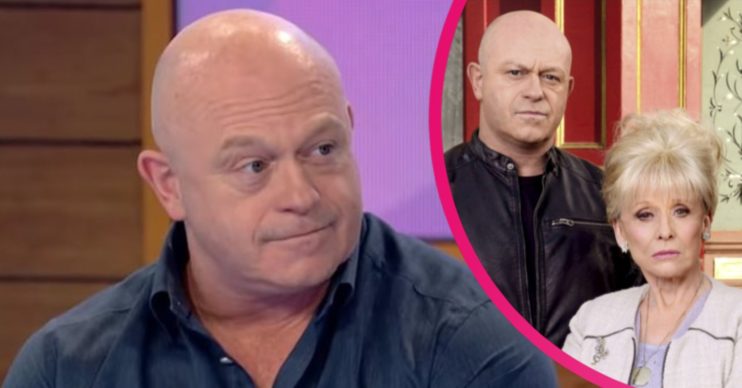 The 56-year-old, who previously played Barbara’s son Grant Mitchell in EastEnders, was one of the many soap stars honouring the legendary actress today (December 11).

Breaking his silence on social media, Ross shared a snap alongside his former colleague ‘Bar’.

The actor penned: “‪Dame Barbara Windsor, the woman who always had time for everybody, has sadly left us. I will miss Bar always.

“My thoughts are with her husband Scott, who could have done no more and who stayed strong for her to the very end‬.”

Dame Barbara Windsor, the woman who always had time for everybody, has sadly left us

Fans rushed to support the star, with one commenting: “Thoughts with you and her family Ross!”

A second said: “Such sad news to wake up to today, I loved her character in EastEnders and know how much she meant to you as a friend and on screen mum. Sending lots of love to u Ross.”

A fourth wrote: “My thoughts are with her family and friends and everyone at Eastenders. Stay Strong Ross.”

Barbara and Ross: From EastEnders co-stars to close friends

Barbara’s death comes months after Ross delivered a moving update on her battle with dementia.

Back in October, the documentary maker was asked about Barbara’s health on Good Morning Britain.

He said: “I spoke to her on FaceTime on Sunday with her husband Scott. She recognised me but I think we all have to be realistic that there is no cure for Alzheimer’s presently and it’s probably not going to get better for her.”

Meanwhile, back in June, Ross said Barbara didn’t recognise him when he had last seen her.

Speaking to The Sun, he explained: “Barbara was my ‘TV mum’ on EastEnders and is hilariously funny and vivacious, with a rapier wit — we’ve always had a giggle, on and off set.”

When did Barbara die?

Barbara died at 8.35pm on Thursday at a London care home after battling Alzheimer’s.

Opening up on his wife’s death, Scott told the PA news agency: “Her passing was from Alzheimer’s/dementia and Barbara eventually died peacefully and I spent the last seven days by her side.”

He went on to reveal that Barbara kept her “fighting spirit” up until the very end of her life.

Barbara was diagnosed with Alzheimer’s in 2014.