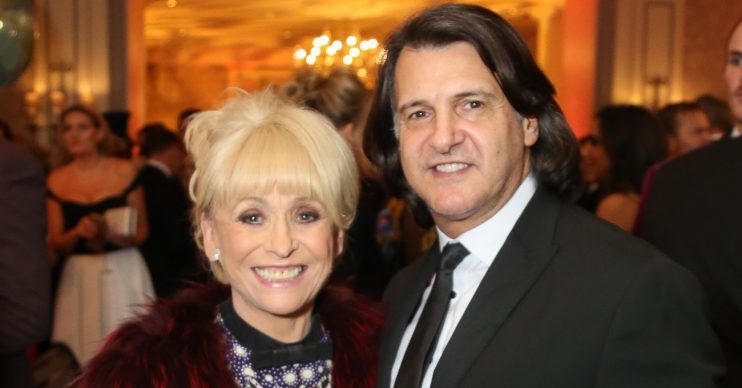 Former EastEnders actress Dame Barbara Windsor reportedly “begs” husband Scott Mitchell not to reveal the full details of the effects of her Alzheimer’s.

The much-loved star has been open about her battle with the disease, which she was diagnosed with back in 2014.

Barbara didn’t go public with the news until 2018.

Now Scott has revealed that the actress doesn’t want people to know just how bad things have got.

The Sun reported that Scott was speaking at the launch of this year’s London Marathon – which he is running for Alzheimer’s charity Dementia Revolution.

Scott said: “Sometimes she will say to me: ‘Don’t let anyone know that I am not doing too well.’ And I will remind her, or I won’t – whatever I feel is appropriate.”

Barbara’s doting husband also said that it means so much to the national treasure to know that, in raising awareness of the cruel disease, she is helping other sufferers too.

He said that he tells her of the difference she is making and added that “of course she will forget”.

“It gives her an incredible sense of comfort because all through her career she was always a very charitable person and she always got out there. She was patron to many charities and whenever she could help other people, she did, and that mindset is still there,” Scott revealed.

He added: “When I say to her: ‘Barbara you will not believe how many people you are helping with this,” she says: ‘Am I?’ And you can see it gives her a sense of comfort.”

Sometimes she will say to me: ‘Don’t let anyone know that I am not doing too well.’

While Barbara won’t be on the finish line when Scott completes the gruelling 26.2 mile course because organisers think the sheer amount of people present will be “overwhelming”, she has been seen out recently.

The star has enjoyed several trips to the theatre in recent months and also appeared in a pre-recorded message on Good Morning Britain.

Last summer, she was also seen celebrating her birthday by having afternoon tea with Britain’s Got Talent judge David Walliams.