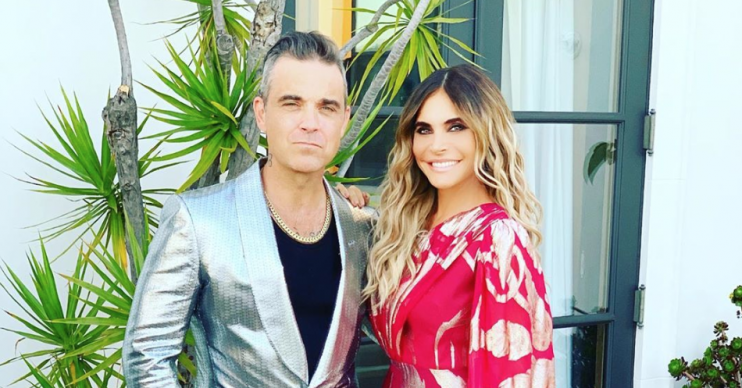 Ayda Field shared a sweet video of husband Robbie Williams proposing to her again at her 40th birthday party.

The video shows the couple standing surrounded by friends as Robbie serenades Ayda with his hit, Angels.

The singer made the moment even more special by altering the song’s lyrics to say “I’m loving Ayda instead”.

The former Take That star then dropped to one knee, saying “Baby, one more thing. Will you marry me again?”

The couple then embraced as the crowd cheered around them.

Ayda captioned the video “…the answer is yes,” with a heart emoji.

The proposal comes just  a few months shy of marking a ten year anniversary – Robbie proposed for the first time in October of 2009 during a radio interview in Australia.

The proposal didn’t stick though, with the couple later confirming it had been a joke.

They got engaged officially over Christmas later that year and were married the following August.

They have three children together.

Ayda shared a few more videos of her party to Instagram Stories, including the crowd singing happy birthday, and her attempt to blow out her birthday candles.

Robbie had already wished his wife happy birthday on social media, sharing a shot of the two of them to Instagram along with the caption: “Happy Birthday to this dream woman.”

What did you think of the video? Leave us a comment on our Facebook page @EntertainmentDailyFix and let us know.