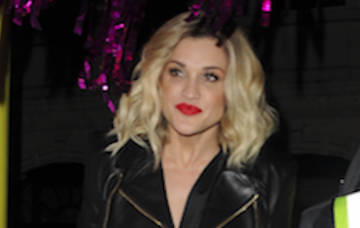 Devastated Ashley Roberts reveals her father has taken his own life

Ashley Roberts has broken her silence following the death of her father, who tragically committed suicide last month.

The former Pussycat Doll’s dad, Pat, 70, took his own life on March 19th, and Ashley shared her raw emotions in a devastating Instagram post on Friday.

Alongside a childhood picture of Ashley and her dad having fun at the beach, the I’m A Celebrity runner- up wrote about her feelings over the past few weeks.

She wrote: “With great sadness in my heart, I wanted to share with you that on the 19th of March – after a long battle of physical and mental heath – My father took his own life.

“The past 3.5 weeks I’ve been in a state of shock, confusion, questioning, pain so deep in my guts it’s been hard to come up for air.”

The brave post continued, with Ashley, 36, admitting that she’s not sure how to move on following the tragedy.

“Feeling like I don’t know how to move forward from here. What am I supposed to do with all this? For now, I sit here with this pain – Inviting it ALL in.”

Ashley continued, reaching out to any of her followers who had experienced a similar kind of loss.

She said: “To teach me, to heal me, to rebuild me. If any of you have gone through something similar. I understand and my heart goes out to you.”

She ended her post by promising to ‘share more’ as time goes by, and hinted that she aimed to help raise awareness of the issues surrounding suicide.

“I will be sharing more on this in the next days, weeks, months to come – as raising awareness here and outreach for those left behind is so so so important . But for now I am grateful for your love and support.”

Pat had found fame in the 1960s as the drummer of American pop group The Mamas and the Papas, perhaps best-known for their international hit, California Dreamin’.

Ashley had followed in his footsteps by joining The Pussycat Dolls when she was 21 and experiencing huge success before leaving the group in 2010.

Since then, she has gone on to act as a judge on Dancing On Ice and taken part in reality shows I’m A Celebrity… Get Me Out Of Here and The Jump.