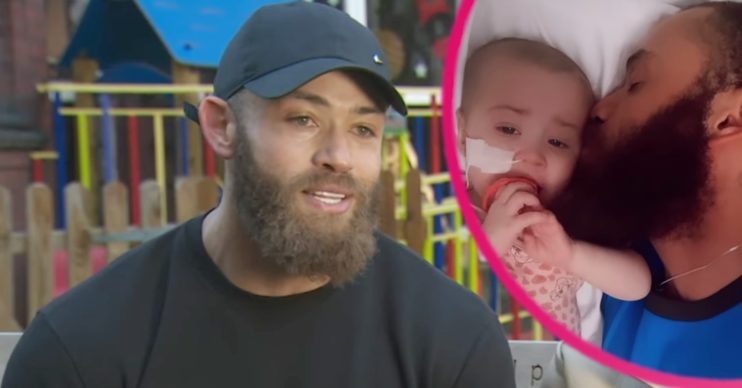 Ashley Cain has revealed he is “finding peace” after discovering his daughter Azaylia’s face in the clouds.

Now, Ashley has admitted he is gradually coming to terms with their loss in a touching social media post.

What did Ashley Cain say about his daughter?

In his latest upload, Ashley, 30, shared a shot of the sky during a recent run.

He circled the snap to show a cloud formation that looked like his late daughter.

Alongside the post, Ashley penned: “Someone sent me this screenshot today from my story when I was out running and I couldn’t believe it.

“I’m finding a lot of peace in the sky at the moment. From beaming orange sky’s at night, to clouds that form my daughters face in the day.

“I’ve never paid too much attention to the sky, but now I look up to the heavens a lot to speak with my daughter, it’s like she’s showing me signs that she’s listening.”

Furthermore, he said: “So many of you have told me that she will always be watching over me and over the past few days, I really believe it.

Meanwhile, Ashley’s followers were amazed by the discovery.

One wrote: “This literally gave me goosebumps.”

A second added: “Just incredible. The most beautiful guardian angel.”

In addition, another said: “Wow! She is incredible. Showing her true strength even now. Sending you all of my love.”

Safiyya Vorajee opens up on her heartbreak

The emotional post comes days after Ashley’s partner, Safiyya, opened up on her grief.

Five days after Azaylia’s death, Safiyaa shared one of her favourite pictures of the tot and a heartbreaking message.

It showed her daughter in a Minnie Mouse door bouncer, just one month before she died.

Safiyaa said: “You’re so beautiful. I think about you all day and night.”

Read more: Ashley Cain pays tribute to daughter Azaylia as he visits her at the chapel of rest

Furthermore, last week, she bravely discussed the “unbearable pain” she’s been suffering since her daughter’s death.

Following her death, the reality star shared a photo of himself and Azaylia and said he “can hold you again in heaven”.