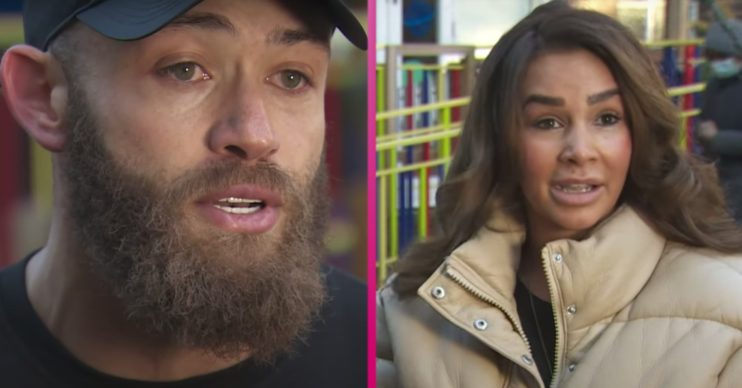 Moved parents finding some relief from their grief

Ashley Cain and girlfriend Safiyya Vorajee sobbed after believing their late baby daughter Azaylia sent them ‘signs’ in the clouds.

The couple took comfort from the evening sky yesterday (Sunday May 9), sharing their thoughts with fans on Instagram.

Ashley and Safiyya opened up on social media as they mourn Azaylia, who passed away in April at eight months old.

What Ashley Cain saw in the sky

Ashley told his Insta followers he had been looking for a sign as he explained his grief continued to be overwhelming.

“There is no such thing as good and bad days at the moment. There’s bad and worse,” he explained.

But the reality star admitted he felt a ‘glimpse of happiness’ after seeing a bright orange sunset. And he also indicated he could make out a heart-shaped cloud which he feels to be a sign from Azaylia.

Ashley continued: “I cry so much at the moment… But tonight baby, tonight I smile!”

‘One of my worst days’

Devastated mum Safiyya also noted she felt she could see angel wings in the cloud formation. Both Ashley and Safiyya also saw an outline of Azaylia’s face, too. Safiyya’s sobs could be heard as she filmed the scene for her Instagram Story.

She peeped through herself so we could see her beautiful face.

She wrote: “Wow Azaylia I see you. Every day is an incredibly tough day, but today was one of my worst days.

“I have prayed so hard today for a sign from you. I gave you mine and you delivered the most incredible visual for me and daddy.”

Ashley later continued to address his sense of loss in a further series of Instagram Story posts.

He explained his sense of relief at the ‘sign from above’ – and how he felt his prayers had been answered.

Choking back tears, he said: “For days and for days I’ve been running, I’ve been biking, I’ve been staying outside as much as possible. And I looked at the sky just asking her to give me a sign.

“Today she has given me that. It has made me so happy.

“Even now she knows how to put a smile on my face and that’s given me strength, courage, inspiration to keep ploughing forward. I love you baby.”

Ashley previously spoke about how the sky was helping him ‘find peace’ last week.

He said at that time: “I’ve never paid too much attention to the sky, but now I look up to the heavens a lot to speak with my daughter, it’s like she’s showing me signs that she’s listening.”

Ashley continued: “So many of you have told me that she will always be watching over me and over the past few days, I really believe it.”

It was recently revealed that £1.5million raised for Azaylia’s leukaemia treatment will be used to set up a charity in her name.